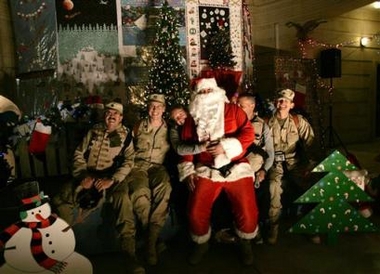 TNOYF has how to get banned from the DU
Anechoic Room has an Anechoic Room Christmas.
V the K At Caption This!
bRight & Early has disturbing secrets