You should be able to hear live at the site or at major NPR stations including Washington’s WAMU and New York’s WYNC.  Otherwise, the podcast should be available later in the day. 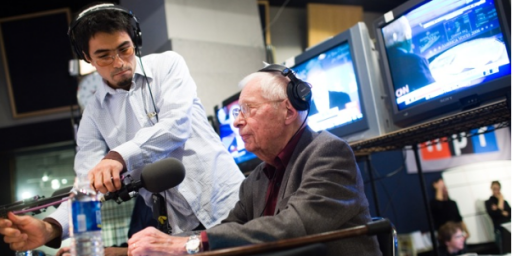