People In DC Swear More At Work–Goddamn Right We Do 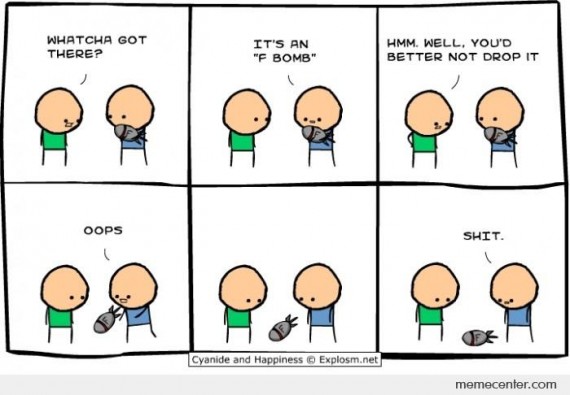 A new survey finds that employees who swear frequently on the job are less likely to get a promotion. And the worst offenders are workers in our nation’s capital, Washington, D.C.

The CareerBuilder study found some interesting and often conflicting results in their survey of 2,298 hiring managers and 3,892 nongovernment employees.

For example, 81 percent of respondents said cursing in the workplace brings an employee’s professionalism into question. And 64 percent of employees said they’d think less of a co-worker who swears regularly while on the job. In addition, 57 percent of managers said they’re less likely to promote someone who swears. Majorities also said that swearing makes a co-worker appear less in control (71 percent), less mature (68 percent) and even less intelligent (54 percent)

Although Washington, D.C., tops the list at 62 percent, it is closely followed by Denver (60 percent) and Chicago (58 percent). The first major city on the list to fall under 50 percent is Phoenix (47 percent). And perhaps in a surprising result, New York is only the ninth most swear-friendly city in America, with 46 percent of workers in the Big Apple disregarding the personal language censor in the office.