Polling Blame for the Economy

From the Battleground Poll:

President Barack Obama is not getting blamed for the terrible economy. When asked who is most to blame, George W. Bush (25 percent), large financial firms (20 percent) and Congress (15 percent) topped the list. Obama was faulted by only 11 percent.

This is (to me, at least) somewhat surprising.  First, because presidents typically top the list for taking blame/receiving credit for the current state of the economy at a given moment in time.  Second, because to listen much of the political chatter, one would have the impression that massive numbers of people fault Obama’s policies for the current state of affairs. 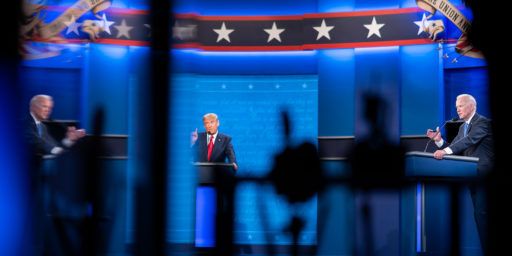 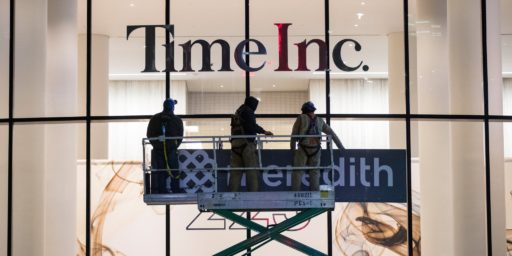 The Demise of Time Inc.