Julian Sanchez takes issue with the use of the words “underresourced” and “underprivileged” as euphemisms for “poor,” arguing that the former is ungrammatical and the latter incoherent.

He’s right, I think, that “poor” is both descriptive and inoffensive. Arguably, though, some substantial percentage of Americans living in “poverty” are in fact merely “underprivileged” in precisely the way Julian objects to the use of the word:

Underprivileged makes no sense because a “privilege” is a special favor or advantage. It is, by definition, not the sort of thing everyone is supposed to have. You can wish to live in a society where nobody is poor, but it’s just incoherent to wish for a society in which “everybody is privileged,” though the “under” implies that this would be desirable.

We live in a society in which case it is not only possible but commonplace to be simultaneously fat and poor. Almost any “poor” American would be considered “privileged” indeed by a poor African.

Still, relative deprivation has a legitimate role. In a society with as much aggregate wealth as ours, it’s reasonable enough to expect that children will have adequate provision of nutritious food, decent housing, adequate clothing, and decent education and medical care.

Given that the cause of the lack of these is often bad parenting rather than genuine deprivation (i.e., the parent(s) aren’t working or even seeking gainful employment or they’re allocating their kids’ food budget to illicit drugs), though, the public policy consequences of an expansive definition could be boundless. 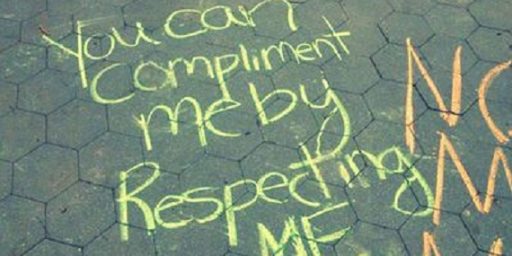