An adjunct professor was fired after leading a classroom discussion about the Virginia Tech shootings in which he pointed a marker at some students and said “pow.”

The five-minute demonstration at Emmanuel College on Wednesday, two days after a student killed 32 people on the Virginia Tech campus, included a discussion of gun control, whether to respond to violence with violence, and the public’s “celebration of victimhood,” said the professor, Nicholas Winset.

The Boston Herald has a longer version of the story: Professor axed for VT stunt: Re-enacted tragedy to tout pro-gun perspective

The weird thing being (to me, anyway) is that Winset was fired via letter without any direct contact from administration and sans review. Further, the letter apparently cited issues of language (from the AP report):

The college issued a statement saying: “Emmanuel College has clear standards of classroom and campus conduct, and does not in any way condone the use of discriminatory or obscene language.”

It is unclear from the reporting that I can find on the story how obscene language is a relevant element of the story, although it is possible that he used such language and it was a pretext for the firing.

Back to the summary dismissal: such are the circumstances for adjuncts, but still it is odd that he was so summarily dismissed. One wonders if there was some kind of backstory that would explain the situation.

Another intriguing element to the story is that in the era of new media, Winset is able to get his side of the story out via YouTube. He has videoed and posted a four-part explanation of the events in question. If his version of events is accurate, then the firing makes little sense. Of course, he isn’t exactly an impartial source. One does get the feeling that he is a rather opinionated fellow who likely rubs some students the wrong way. Of course, if that was a firing offense, most colleges and universities would be faculty-less.

Here are the video clips in question:


If anything, it is an interesting exercise in the way the internet has changed news. 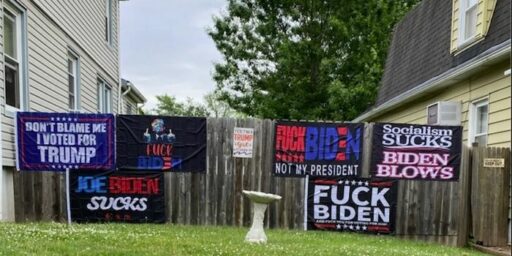