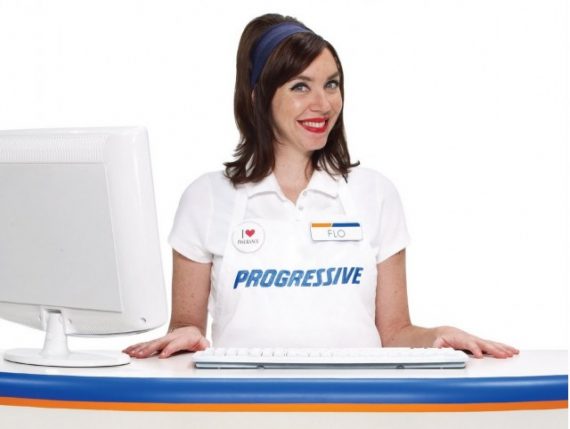 Yesterday, a Tumblr claiming that Progressive Insurance defended a woman’s killer in court rather than pay her family the benefits it was owed went viral. Not only was it all over Twitter, where the meme started, but it was picked up from outlets ranging from the Daily Mail the Daily News, the Huffington Post to The Blaze, and from Boing Boing to this here blog.

Meanwhile, Progressive issued a bland corporate statement that didn’t deny the allegations. Said denial was included in several of the above reports, including mine, but it hardly undercut the wrenching story of a brother who’d lost his sister and then he to fight her insurance company in court. Now, the facts are slowly trickling in.

First, Progressive has now denied the most insidious charge:

To be very clear, Progressive did not serve as the attorney for the defendant in this case. He was defended by his insurance company, Nationwide.

There was a question as to who was at fault, and a jury decided in the Fisher family’s favor just last week. We respect the verdict and now can continue to work with the Fisher family to reach a resolution.

That’s only technically true. While the defendant was indeed represented by his own insurance company, Progressive applied for an was “GRANTED all rights to participate in this proceeding as if it were an original party to this case.” And, boy, did they.  Matt Fisher, the New York comedian and brother of the Progressive customer who was killed in the accident in question, posted this in response:

At the beginning of the trial on Monday, August 6th, an attorney identified himself as Jeffrey R. Moffat and stated that he worked for Progressive Advanced Insurance Company. He then sat next to the defendant. During the trial, both in and out of the courtroom, he conferred with the defendant. He gave an opening statement to the jury, in which he proposed the idea that the defendant should not be found negligent in the case. He cross-examined the plaintiff’s witnesses. On direct examination, he questioned all of the defense’s witnesses. He made objections on behalf of the defendant, and he was a party to the argument of all of the objections heard in the case. After all of the witnesses had been called, he stood before the jury and gave a closing argument, in which he argued that my sister was responsible for the accident that killed her, and that the jury should not decide that the defendant was negligent.

I am comfortable characterizing this as a legal defense.

So would most of us, I think.

Still, it turns out, as soulless as their initial response to the public controversy and unseemly as their fighting a dead customer’s family in court might have been, Progressive isn’t really the bad guy here. They really didn’t have much choice under our system.

As our own Doug Mataconis, who unlike myself went to law school and is a licensed member of the bar, notes,

This is what typically happens in cases involving underinsured or uninsured motorists when the policy holder, or their representatives in this case, are unable to settle with the insurance company. Without knowing the facts of the case, I can’t say that there’s anything at all unusual about it.

Fisher is incorrect about one thing. The underinsured motorist coverage does not mean that Progressive is liable for the difference between whatever the other guys insurance company paid and “the value” of his sister’s policy. It means they are liable for the difference between what the other insurance company paid and the actual damages suffered in the accident.

And how do we determine said damages? Alas, we either come to an agreement amicably or we fight it out in court in an adversarial system.

Maryland is one of the few remaining contributory negligence states: if Katie was 1% at fault in the accident, there is no liability to the other driver or Progressive. As the author himself admits, there was a “possibility that Katie was at fault in the accident.” Is Progressive supposed to give money away when they aren’t legally obligated to do so? The author says “One indication that the case was pretty open-and-shut was that the other guy’s insurance company looked at the situation and settled with my sister’s estate basically immediately.” But because “that payment didn’t amount to much,” that insurance company could have reasonably decided that there was little point in spending the small insurance limits on attorneys instead of just writing a check. Progressive had more money at stake and more reason to defend.

Yes, “[c]arrying Progressive insurance and getting into an accident does not entitle you to the value of your insurance policy.” But that’s true for all insurance companies when the policy holder is not in a no-fault state. Progressive isn’t unique in that regard.

I don’t know what the limits of Katie Fisher’s policy were. But the result of the case was that the driver was held liable for $760,000 in damages plus the costs of litigation. Presumably, Progressive is on the hook for that amount minus whatever amount the driver’s Nationwide policy covered.

We still don’t know all the facts here. Most notably, did Progressive simply refuse to pay anything? Did they offer the Fisher family a settlement that they felt was inadequate, leaving court as the only option?

Regardless, given that Progressive was only responsible for the damages if their client did not in any way contribute to the accident and that the amount of damages was in dispute, taking the case to trial was a perfectly reasonable course of action. And, while distasteful, there were only two legal parties in this case—the Fisher family and the other driver—and Progressive was naturally on the other side here. Conversely, had the other driver had a more generous policy, Progressive might well have sided with the Fishers in trying to maximize their payout from Nationwide.