Via the BBC:  Venezuela opposition holds anti-Maduro rally in Caracas

Thousands of Venezuelan students and opposition supporters have joined an anti-government rally in the capital, Caracas.

The government deployed hundreds of government security forces to prevent a crowd banging pots and pans from marching towards the food ministry.

There were similar marches in at least five other Venezuelan cities.

In eastern Caracas, police fired tear gas against protesters trying to erect barricades in the streets.

For a month, demonstrators have been complaining about the high levels of violence and shortages of food staples like bread, sugar, milk and butter.

The following photo from Reuters via the BBC is illustrative: 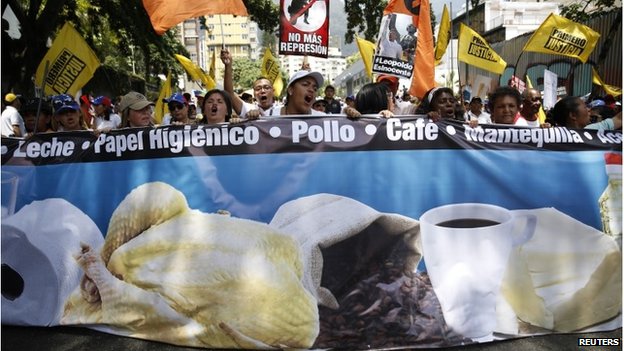