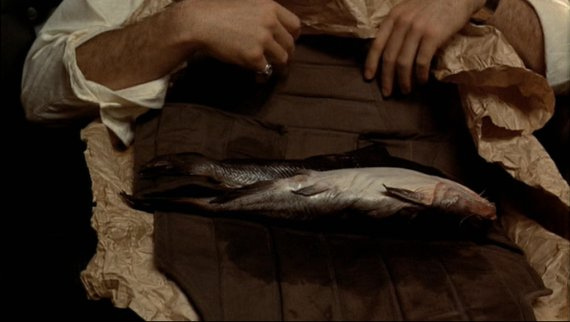 Don’t let it be said there isn’t humor in Washington:

On what is reportedly Rahm Emanuel’s last day as White House chief of staff, the Council of Economic Advisers presented him with their going-away gift.

“This is a dead fish!” Emanuel said, according to ABC’s Jake Tapper. Austan Goolsbee, President Obama’s recently installed Office of Management and Budget chief, presented Emanuel with the gift saying, “I talked to the policy team and we wanted to give you a going-away present — something to show how we feel about you but also shows we understand your new possibilities. I was the natural go between — I voted for you all three times you ran for Congress and even in that first primary. So here is your present.”

The dead fish is a wink and a nod to Emanuel’s intimidating management style. As The Post’s Howard Kurtz put it in his analysis of the media’s response to Rahm’s rumored departure, “With Rahm ensconced at Obama’s side, no one wanted to cross him, at least in the press. They might get a dead fish in the mail or something.”

I’d hate to see how they say goodbye to enemies