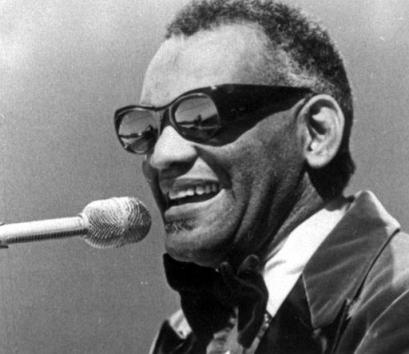 Ray Charles (news), the Grammy-winning crooner who blended gospel and blues in such crowd-pleasers as “What’d I Say” and ballads like “Georgia on My Mind,” died Thursday, a spokesman said. He was 73.

Charles last public appearance was alongside Clint Eastwood (news) on April 30, when the city of Los Angeles designated the singer’s studios, built 40 years ago in central Los Angeles, as a historic landmark.

Blind by age 7 and an orphan at 15, Charles spent his life shattering any notion of musical boundaries and defying easy definition. A gifted pianist and saxophonist, he dabbled in country, jazz, big band and blues, and put his stamp on it all with a deep, warm voice roughened by heartbreak from a hardscrabble childhood in the segregated South.

“His sound was stunning Ã¢€” it was the blues, it was R&B, it was gospel, it was swing Ã¢€” it was all the stuff I was listening to before that but rolled into one amazing, soulful thing,” singer Van Morrison (news) told Rolling Stone magazine in April.

Charles won nine of his 12 Grammy Awards between 1960 and 1966, including the best R&B recording three consecutive years (“Hit the Road Jack,” “I Can’t Stop Loving You” and “Busted”). 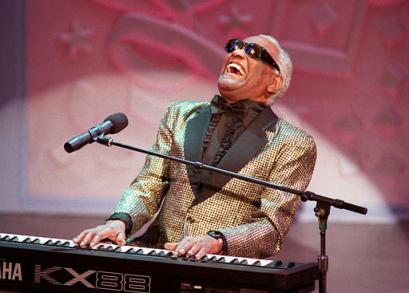 Update: NYT has a nice retrospective, “Ray Charles, Bluesy Essence of Soul, Is Dead at 73” [RSS] today (Friday). A taste:

Mr. Charles brought his influence to bear as a performer, songwriter, bandleader and producer. Though blind since childhood, he was a remarkable pianist, at home with splashy barrelhouse playing and precisely understated swing. But his playing was inevitably overshadowed by his voice, a forthright baritone steeped in the blues, strong and impure and gloriously unpredictable.

He could belt like a blues shouter and croon like a pop singer, and he used the flaws and breaks in his voice to illuminate emotional paradoxes. Even in his early years he sounded like a voice of experience, someone who had seen all the hopes and follies of humanity.

Leaping into falsetto, stretching a word and then breaking it off with a laugh or a sob, slipping into an intimate whisper and then letting loose a whoop, Mr. Charles could sound suave or raw, brash or hesitant, joyful or desolate, insouciant or tearful, earthy or devout. He projected the primal exuberance of a field holler and the sophistication of a bebopper; he could conjure exaltation, sorrow and determination within a single phrase.

In the 1950’s Mr. Charles became an architect of soul music by bringing the fervor and dynamics of gospel to secular subjects. But he soon broke through any categories. By singing any song he prized Ã¢€” from “Hallelujah I Love Her So” to “I Can’t Stop Loving You” to “Georgia on My Mind” to “America the Beautiful” Ã¢€” Mr. Charles claimed all of American music as his birthright. He made more than 60 albums, and his influence echoes through generations of rock and soul singers.

Joe Levy, the music editor of Rolling Stone, said, “The hit records he made for Atlantic in the mid-50’s mapped out everything that would happen to rock ‘n’ roll and soul music in the years that followed.”

“Ray Charles is the guy who combined the sacred and the secular, he combined gospel music and the blues,” Mr. Levy continued, adding, “He’s called a genius because no one could confine him to one genre. He wasn’t just rhythm and blues. He was jazz as well. In the early 60’s he turned himself into a country performer. Except for B. B. King, there’s no other figure who’s been as important or has endured so long.”