Business Week has a fascinating profile of Dietrich Mateschitz, whom they dub "Red Bull's Billionaire Maniac." 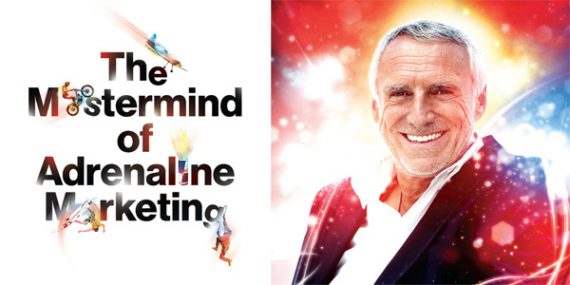 Business Week has a fascinating profile of Dietrich Mateschitz, whom they dub “Red Bull’s Billionaire Maniac.”

A chance trip to Thailand in 1982 would prove to be the turning point in Mateschitz’s life. Curious to know what attracted the locals to an uncarbonated “tonic” called Krating Daeng (Thai for “water buffalo”), he tried some himself and found that it instantly cured his jet lag. Not long after, while sitting in the bar at the Mandarin Oriental in Hong Kong, he read in a magazine that the top corporate taxpayer in Japan that year was a maker of such tonics. Suddenly, the idea hit him: he would sell the stuff in the West.

In 1984, Mateschitz approached one of his Blendax contacts, Chaleo Yoovidhya, a Thai businessman who was selling the tonic in Southeast Asia, and suggested that the two introduce the drink to the rest of the world, with one crucial change: It would be carbonated. Yoovidhya liked the idea, and they agreed to invest $500,000 apiece to establish a 49/49 partnership, with the remaining 2 percent going to Yoovidhya’s son. (Yoovidhya remains a silent partner in the company.) Mateschitz then returned to Austria to plan the all-important packaging and slogan. For help, he turned to his university friend Johannes Kastner, who owned his own ad agency in Frankfurt.

It was just what Mateschitz needed—something to convey that Red Bull had tangible effects. That, in turn, would allow his product-positioning master stroke: He would sell Red Bull as an ultra-premium drink in a category all its own. At about $2 a can, it was far-and-away the most expensive carbonated drink on the shelves. “If we’d only had a 15 percent price premium, we’d merely be a premium brand among soft drinks, and not a different category altogether,” says Mateschitz. In 1987 he introduced the drink in Austria. Next came Hungary, the U.K., and Germany, and before long sales were spiking all over Europe.

At this point most histories of Red Bull tend to depart from Mateschitz and focus on Red Bull itself, which is exactly how he wants it. A curious hybrid of a mogul, Mateschitz has a zest for life that rivals Richard Branson’s, but his obsession with controlling information puts him closer to Steve Jobs. Like the Apple (AAPL) chief, Mateschitz pulls the strings behind a consumer cult. And cults rely on message control.
[…]

The success of Red Bull defies logic in one important regard: It doesn’t taste very good. The amber-colored elixir’s taste has been likened to “liquid Sweet Tarts” or “cough medicine in a can.” (Although it does grow on you.) One early market research report in the U.K. put it bluntly: “No other new product has ever failed this convincingly.” Mateschitz says he didn’t care about the taste issue then, and he doesn’t care about it now. “It’s not just another flavored sugar water differentiated by color or taste or flavor,” he says. “It’s an efficiency product. I’m talking about improving endurance, concentration, reaction time, speed, vigilance, and emotional status. Taste is of no importance whatsoever.”

But if Red Bull doesn’t please the palate, what exactly does it do for you? The short answer is that no one outside of Red Bull is entirely sure. There’s the caffeine content: 80 milligrams per can, twice that of a can of Coca-Cola (KO) and about the same as a cup of coffee. Those drinking original Red Bull and not the sugar-free version also receive a healthy dose of carbohydrates. But the rush Red Bull delivers is different from what you’d feel after drinking a coffee or two cans of Coke.

Enter the “crucial” ingredient: taurine, an amino acid found in meat, eggs, and human breast milk. While some studies have shown small doses of taurine to be beneficial against problems ranging from epilepsy to cardiac arrhythmias, there’s scant evidence of its impact on the body, positive or negative. A “nonessential” amino acid, it’s manufactured from other amino acids in the liver, and scientists say it’s therefore unnecessary to a healthy diet. But Mateschitz scoffs at this. “We have meters and meters of scientific evidence and support” showing its benefits, he says.

The company has shared the results of these studies with health authorities each time it has sought to enter a new country, and most governments have approved the drink for sale. It was banned, for a time, in both Denmark and France, where authorities were focused not on Red Bull’s benefits but on the potential danger posed by its unusually high levels of taurine, caffeine, and certain B vitamins. In 1991 two young Swedes died on a night when they’d drunk Red Bull with vodka, and in 1999 an Irish teen who had consumed three Red Bulls died while playing basketball. Although investigators found no connection between the deaths and Red Bull, the cases raised alarms, as did a French study in which rats that had been fed taurine were found to exhibit bizarre behavior, including self-mutilation. Still, the data on taurine remains inconclusive.

Mateschitz proved his marketing genius, especially in an era of “crisis management,” with his early decision to foster rumors about Red Bull’s content instead of trying to quash them. In the early 1990s, when the drink emerged as a hit in the infamous all-night party circuit on the Spanish island of Ibiza, tales began to circulate that taurine was derived from bull testicles or even bull semen. The company let the gossip travel unchecked, and even set up a page devoted to the rumors on its website. “In the beginning, the high-school teachers who were against the product were at least as important as the students who were for it,” says Mateschitz. “Newspapers asked, ‘Is it a drug? Is it harmless? Is it dangerous?’ That ambivalence is so important. The most dangerous thing for a branded product is low interest.”

Was it all by design? Did he really anticipate that a combination of rumor and public outcry would play such a big part in driving early sales? Mateschitz is emphatic: “Yes. We expected it. It was a part of the strategy from the beginning. We would make the brand interesting enough that people wanted to get their hands on it.”

The product has been around for a quarter century and I’ve had perhaps two cans of it.  I’ll stick with coffee. Still, Mateschitz’ story is interesting.