Aaron Swartz has been arrested for downloading too many academic journal articles. 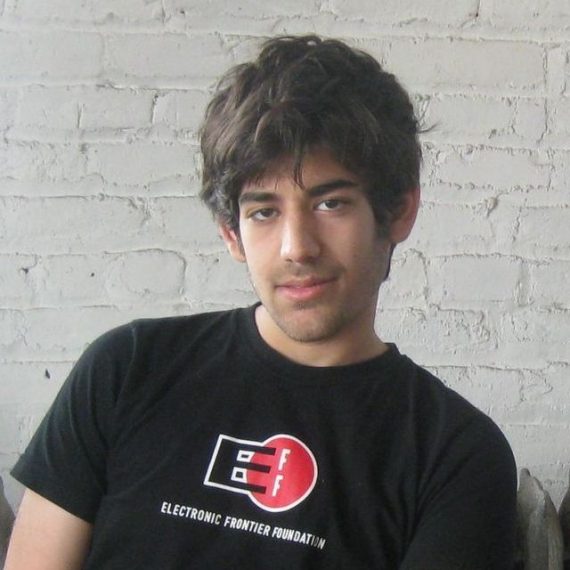 Now, here’s a story you don’t see every day: someone arrested for downloading too many academic journal articles.

Aaron Swartz, the 24-year-old wunderkind who co-authored the RSS specification at age 14 and sold his stake in Reddit to Condé Nast (which also owns Ars Technica) before his 20th birthday, was arrested Tuesday on charges of wire fraud, computer fraud, “unlawfully obtaining information from,” and “recklessly damaging” a “protected computer.” He is accused of downloading 4.8 million documents from the academic archive JSTOR, in violation of its terms of use, and of evading MIT’s efforts to stop him from doing so.

Swartz is a founder of the advocacy organization Demand Progress. In a statement, Demand Progress executive director David Segal blasted the arrest. “It’s like trying to put someone in jail for allegedly checking too many books out of the library,” he said. Demand Progress also quoted James Jacobs, the Government Documents Librarian at Stanford University, who said that the arrest “undermines academic inquiry and democratic principles.”

According to the complaint, Swartz purchased a laptop in September 2010 and registered it under the name “Gary Host” (username: “ghost”) on the MIT network. He then ran a Python script that rapidly downloaded articles from the JSTOR. JSTOR detected the script and blocked his IP address. The complaint alleges that there followed a game of cat and mouse in which Swartz repeatedly changed his IP and MAC address to evade JSTOR and MIT’s efforts to block access. Swartz also bought a second laptop to speed up the downloading process. Finally, on October 9, JSTOR gave up and and blocked the entire MIT campus from using JSTOR.

The complaint alleges that “Swartz intended to distribute a significant portion of JSTOR’s archive of digitized journal articles through one or more file-sharing sites.” But it offers no evidence for this claim. In fact, in a statement following the arrest, JSTOR acknowledged that “we secured from Mr. Swartz the content that was taken, and received confirmation that the content was not and would not be used, copied, transferred, or distributed.”

This . . . makes no sense whatsoever. Even if we presume Swartz had some sort of malicious intent here–and there’s really no evidence of that–how is it a criminal matter rather than a civil one? At most, this would seem to be a tort–an infringement on JSTOR’s intellectual property.

Naturally, this also raises the broader question of whether academic research–the lion’s share of which is paid for by tax money–ought be private commodity. Certainly, the scholars who conduct it have some proprietary rights to it in order that they get the proper professional credit. Beyond that, though, it should really be in the public domain.