Ryan Avent has been arguing that cars are wasteful for their typical use but that, since walking, biking, and the like are impractical for most of our daily commutes, we need instead to come up with some sort of miniature car.

Even the smallest cars on the American market weigh a ton (a Mini clocks in at around 2,500 pounds, if I’m not mistaken). Even the smallest cars are two-seaters, and even the smallest engines can deliver top speeds near 100 mph. For many typical journeys, that’s just a lot more than what a driver needs. What about the potential for something weighing just a few hundred pounds, battery-powered with a range under 40 miles, perhaps a one-seater with room for groceries, and with a typical cruising speed of between 20 and 30 mph? Something like that could eventually retail for the price of a computer, would be far cheaper to run than a car, would be much more energy efficient, and would handle the basic job of getting a lot of people where they need to be. Imagine a future in which you hop in this vehicle which takes you the four miles to the nearest Metro station, drops you off, then travels to the grocery store to pick up the order you placed on your computer before you left, and finally returns to your home and plugs itself in.

First off, it’s hard to imagine that such a car would be cheaper or more efficient than our current cars.  Even the fanciest current model doesn’t have the ability to drive to the store and run errands.   Hell, the Batmobile can’t do that.  And, yet, we’re somehow going to do it for a few hundred bucks?  You can’t get a motorcycle for that.

Second, it’s just impractical.   Sure, for a typical commute, the ability to drive at Interstate speeds and carry multiple passengers and their gear is extraneous capacity.  But many if not most of us need that capacity on the weekends, if not more frequently.   So, either we have more car than we need much of the time or we need multiple cars.   Not only would we have to pay for these extra cars but we’d have to insure, maintain, and park them.  How efficient is that?  Indeed, just the parking issue alone would be a deal breaker for most people.

Third, the single-user concept removes the flexibility that comes with driving.  While it’s admittedly infrequent, there are occasions when I’ll have to unexpectedly transport a colleague somewhere or stop off and pick up my wife.  Having a second seat is handy in these circumstances.  For that matter, I more frequently need to take an unexpected trip during the day.  It would be decidedly inconvenient to have the car off running errands or charging itself 45 minutes away.

Fourth, if we had the technological know-how to create these super-cheap, super-efficient, super-automated cars we could apply it to our regular cars.   While it wouldn’t be as efficient as having us stuck in individual-sized, incredibly pokey, self-driving vehicles it would mean greater fuel efficiency, better accident avoidance, and safer and smoother interactions with the surrounding traffic.   Why, we could just put the cars on auto-pilot and catch up on our reading whilst being chauffeured to work.

UPDATE:  In related news, WSJ’s Joseph White asks, “Can Drivers Handle High-Tech Cars?”  He notes that such developments as keyless ignition, electronic brakes, and electronic throttles have changed the way cars operate and may be unsafe when driven by people habituated to old-style systems.  He concludes:

Further, vehicle standards alone can’t guarantee there won’t be another round of anxiety over “drive by wire” electronic vehicle technology. That’s because there are people involved. Your next car may not turn on, brake or shift anything like the cars you’ve owned before, especially if it’s a hybrid.

Airline pilots get retrained and certified every time they move from one type of plane to another so that they can safely operate the sophisticated electronic controls in modern aircraft. Motorists expect to jump in and out of cars with minimal instruction and a cursory skim of the owner’s manual. The pairing of high-tech machines and low-tech drivers could be troublesome for years to come.

It’s an interesting point.  Obviously, we want cars to continue to improve and all or most of these changes likely make cars safer in the aggregate.  But the human factor should never be discounted. 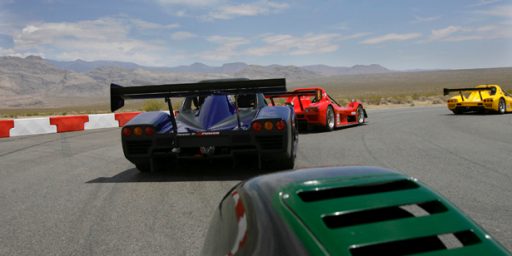