Richard Lugar puts in a word for compromise and good governance on his way out of the Senate. 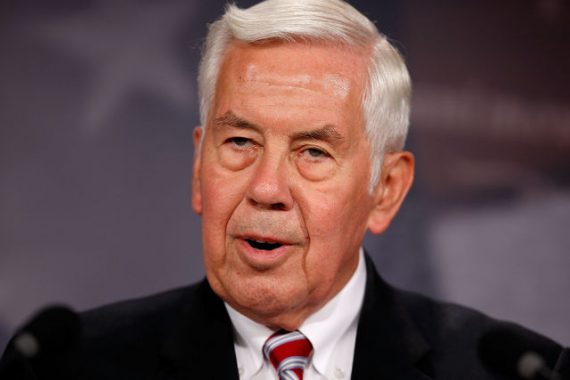 Richard Lugar is about to leave the United States Senate, where he’s served since 1977.  His valedictory remarks to his colleagues are well worth a read. Here’s what he had to say about the breakdown of the spirit of compromise:

A great deal has been written recently about political discord in the United States, with some commentators judging that partisanship is at an all-time high. Having seen quite a few periods in the Congress when political struggles were portrayed this way, I hesitate to describe our current state as the most partisan ever. But I do believe that as an institution we have not lived up to the expectations of our constituents to make excellence in governance our top priority.

Many of us have had some type of executive experience as governors, mayors, corporation chiefs, and cabinet officials. I had the good fortune of serving two terms as the Mayor of Indianapolis prior to my Senate service. For the last thirty-six years, I have attempted to apply lessons learned during those early governing experiences to my work in the Senate. As mayor, my responsibility for what happened in my city was comprehensive and inescapable. Citizens held the mayor’s office accountable for the prosaic tasks of daily life, like trash collection and snow removal, but also for executing strategies for the economic and social advancement of the city.

In legislative life, by contrast, we are responsible for positions expressed through votes, co-sponsorships, interviews, and other means. It takes courage to declare dozens or even hundreds of positions and stand for office, knowing that with each position, you are displeasing some group of voters. But we do our country a disservice if we mistake the act of taking positions for governance. They are not the same thing.  Governance requires adaptation to shifting circumstances. It often requires finding common ground with Americans who have a different vision than your own. It requires leaders who believe, like Edmund Burke, that their first responsibility to their constituents is to apply their best judgment.

It is possible to be re-elected and gain prominence in the Senate while giving very little thought to governance. One even can gain considerable notoriety by devoting one’s career to the political aspects of a Senator’s job  — promoting the party line, raising money, and focusing on public relations. Responsibility for legislative shortcomings can be pinned on the other party or even intractable members of one’s own party. None of us are above politics, nor did the Founders expect us to be. But, obviously, we should be aspiring to something greater than this.

Too often in recent years, members of Congress have locked themselves into a slate of inflexible positions, many of which have no hope of being implemented in a divided government. Some of these positions have been further calcified by pledges signed for political purposes. Too often we have failed to listen to one another and question whether the orthodox views being promulgated by our parties make strategic sense for America’s future. The result has been intractably negative public perceptions of Congress. A Rasmussen Reports poll conducted this month found that only 10 percent of likely voters gave Congress a rating of “excellent” or “good.”

For me, the irony is that having seen several generations of lawmakers pass through this body, I can attest that the vast majority are hardworking, genuinely interested in public service, and eager to contribute to the welfare of our country. Often, the public does not believe that. It is easier to assume that Congressional failings arise from the incompetence or even the malfeasance of individual legislators. Or perhaps, as some believe, Washington, D.C. itself is corrupting. It is far more disconcerting to think that our democracy’s shortcomings are complex and defy simple solutions.

The Founders were realists who understood the power of factionalism, parochialism, and personal ambition. They understood that good intentions would not always prevail. Accordingly, they designed a system to check abuse and prevent power from accumulating in a few hands. But they knew that the efficient operation of such a Republic would require a great deal of cooperation. They knew that it would require most elected officials to have a dedication to governance, and they trusted that leaders would arise in every era to make their vision work.

Faced with immense responsibilities, there is a need to elevate our Senate debate. It is vital that the President and Congress establish a closer working relationship, especially on national security. This is not just a matter of process. It is necessary to undergird national unity in the event of severe crises, such as war with Iran or another catastrophic terrorist attack.

This cooperation depends both on Congressional leaders who are willing to set aside partisan advantage and on Administration officials who understand that the benefits of having the support of Congress is worth the effort it takes to secure it. Currently, the national security dialogue between the President and Congress is one of the least constructive that I have ever witnessed. There is little foundation for resolving national security disputes or even the expectation that this can occur. Before the next 9-11, the President must be willing to call Republicans to the Oval office to establish the basis for a working partnership in foreign policy. And Republicans must be willing to suspend reflexive opposition that serves no purpose but to limit their own role in strategic questions and render cooperation impossible. All parties should recognize the need for unity in the coming year when events in Iran, Syria, Afghanistan, North Korea and other locations may test American national security in extreme ways.

I commend each of you, my Senate colleagues, for the commitment that led you to stand for election to the United States Senate. Running for office is a difficult endeavor that is usually accompanied by great personal risk and cost. Each one of you is capable of being a positive force for changing the tone of debate in our country. Each one of you has a responsibility not only to act with integrity and represent your constituents, but also to make the informed and imaginative choices on which good governance for our country depends.

Blaming “The Elites” is Simplistic and Misses the Real Problems