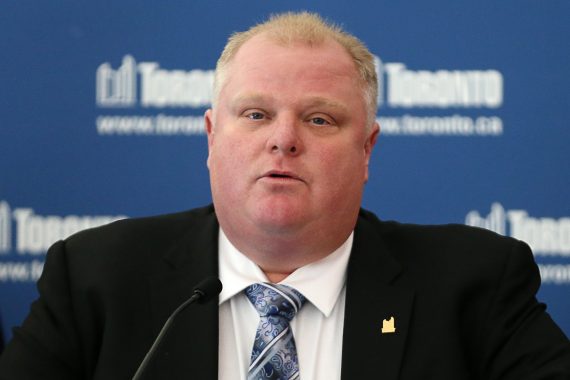 Toronto Mayor Rob Ford appears in front of the media in Toronto on Friday, January 25, 2013, after learning that he has successfully appealed a decision to remove him from office following a conflict of interest hearing. THE CANADIAN PRESS/Chris Young