The Massachusetts Moderate has won the Conservative Political Action Conference poll for a fourth time. 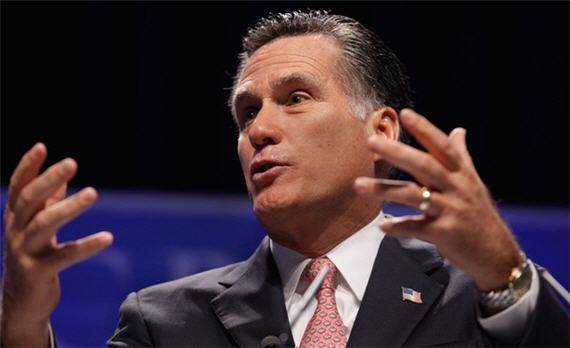 Mitt Romney won The Washington Times/CPAC Presidential Straw Poll on Saturday, and also nipped Rick Santorum as the top choice of conservatives nationwide, according to a new version of the poll conducted for the first time this year that suggests Mr. Romney retains strong support among self-identified conservatives.

Mr. Romney won 38 percent of the straw poll, which counted the votes of 3,408 activists gathered for the Conservative Political Action Conference, which ran from Thursday through Saturday at a hotel in Washington.

The poll results have no official meaning in the GOP’s presidential nomination battle but do give Mr. Romney a boost as he seeks to regain the momentum he appeared to have lost last week as Mr. Santorum swept Tuesday’s three contests.

Mr. Romney’s 38 percent of the vote among CPAC activists is the highest of any candidate since George W. Bush won 42 percent of the vote in 2000, en route to the nomination and the White House. The poll wasn’t held from 2001 through 2004, but has been held every year since then.

My position on the CPAC straw poll–and, indeed, straw polls in general–is that they’re an insipid waste of time yielding little to no useful insight. That remains true this time. CPAC, in particular, is not remotely representative of even the Republican primary electorate (it’s incredibly DC-centric and dominated by college students and activists in their 20s). And the vote is easily manipulable by organization. Ron Paul routinely does much better than his national numbers–and won the last two polls coming it to this year. (This year, he finished dead last, apparently having decided for whatever reason not to flood the convention with supporters.)

What’s worth noting here, though, is that this isn’t the first time Romney topped this poll. While Ed Morrissey is “severely surprised,” he shouldn’t be.

For Mr. Romney, his victory marks a return to the top. He won the straw poll here from 2007 through 2009, when he was seen as the conservative choice as he prepared, fought and then lost his nomination battle with Sen. John McCain.

This is a point I’ve made time and again: While Romney’s conservative bonafides can reasonably be called into question–I’ve done it myself–he was in fact the “conservative alternative” as recently as 2008. I was at CPAC four years ago when he made his announcement that he was ending his campaign and endorsing John McCain and was bemused that the CPAC crowd considered Romney conservative and McCain a moderate when their records indicated the opposite. Indeed, Romney won the straw poll after withdrawing from the race and when McCain was unquestionably going to be the nominee.

The related point is how much the goal posts on American conservatism have moved in just four years. While I’d still contend that Romney is a moderate in relation to McCain, he’s unquestionably a conservative in the grand scheme of American politics. Yet, in the era of the Tea Party, it’s probably impossible to find a candidate who will fit the bill. Rick Santorum passes the litmus tests on the social issues but he’s not a fiscal conservative by Tea Party standards. He’s voted for all sorts of big spending programs, supports ear marks, and even endorsed Arlen Specter voted to confirm Sonia Sotomayor to the federal bench. Gingrich is a Big Government Conservative with all manner of absurd projects in mind.