RUSH TO WAR? George Will has an excellent column this morning entitled A MORAL DEFENSE. A sampling:

So the current “rush” to war has consumed almost half again as many as all the 3,075 days of U.S. engagement in World Wars I and II and the Korean War.

As the world waits to see whether the U.N. will cudgel Iraq with a “second” resolution, which actually would be the 18th, President Bush weighs when, not whether, he will order an attack on Iraq that Congress authorized by much larger majorities than his father achieved on Jan. 12, 1991, authorizing the Gulf War. And the president’s critics, showing an amazing tolerance for cognitive dissonance, fault him simultaneously for acting as though America can be the world’s constable – and for allowing Iraq to divert him from the task of solving the North Korean crisis.

Indeed. While there is still a case to be made against the war, it certainly doesn’t involve the lack of US patience or legal authority to proceeed. (link via RCP) 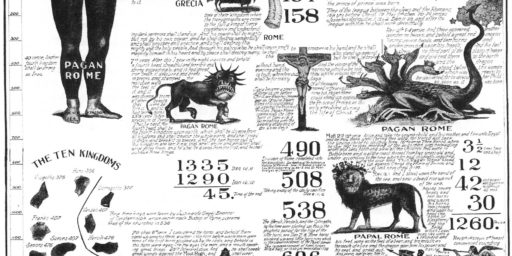