President Obama is doing precisely what Senator Obama warned us about. 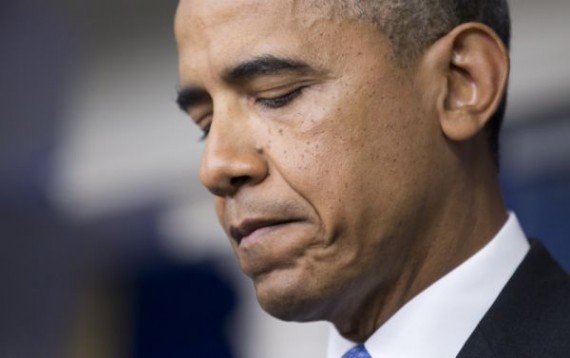 Timothy Lee notes that, when he was a Senator, Barack Obama had plenty to say about the dangers of those provisions of the PATRIOT Act that have served as the basis for the NSA surveillance programs that we’ve earned about over the past two months:

In December 2005, Congress was debating the first re-authorization of the Patriot Act, a controversial 2001 law that gave the federal government expanded power to spy on Americans. And Barack Obama was one of nine senators who signed a letter criticizing the then-current version of the legislation for providing insufficient protections for civil liberties.

The senators focused on Section 215 of the Patriot Act, which allows the government to obtain “business records” that are “relevant” to a terrorism investigation. Sen. Obama and eight of his colleagues worried that the provision would “allow government fishing expeditions targeting innocent Americans. We believe the government should be required to convince a judge that the records they are seeking have some connection to a suspected terrorist or spy.”

Congress eventually re-authorized the Patriot Act, including Section 215. A few years later, Obama was elected president of the United States. And under President Obama’s watch, the NSA engaged in surveillance suspiciously similar to the broad “fishing expeditions” Sen. Obama warned about.

The government has argued that records of every phone call made in the United States are “relevant” to counter-terrorism investigations generally, allowing them to obtain information about the private phone calls of millions of Americans — exactly the kind of argument Sen. Obama warned the government would make if the language of Section 215 wasn’t tightened.

Sen. Obama and his colleagues also objected to the lack of transparency and due process in Section 215. “The target of a Section 215 order never receives notice that the government has obtained his sensitive personal information and never has an opportunity to challenge the use of this information in a trial or other proceeding,” they wrote.

Again, this prediction proved prescient. In 2012, Sen. Ron Wyden (D-Ore.) asked the NSA for a “ballpark estimate” of the number of Americans who had been subject to NSA surveillance. The NSA refused, claiming that revealing the number would violate the targets’ privacy. We now know that the figure was in the hundreds of millions. And prior to NSA leaker Edward Snowden’s disclosures, none of them received notice of the surveillance or an opportunity to challenge it in court.

Quite obviously, as Lee notes, Senator Obama changed his perspective on these matters when he became President Obama. On some level, I suppose, this is understandable because as Senator he wasn’t nearly as much intelligence as a President receives on a daily basis. Even as a Presidential candidate, he likely wasn’t read into the most sensitive reports that cross a President’s desk on a daily basis. None of that would have been provided him until he was actually elected President and, indeed, there were reports after President-elect Obama received his first full briefing in Chicago just days after the 2008 election that he was somewhat overwhelmed by some of the information that had been provided regarding threats to the United States by various terrorist groups.

None of that, however, undercuts the legitimacy of the concerns that Obama raised about surveillance programs when he was a Senator. As we’ve seen over the past two months, the concerns that he and others races nearly eight years ago were not only well-placed, they were prescient. The NSA has indeed gone on “fishing expeditions” of dubious intelligence value that quite arguably have done real harm to the privacy rights of millions of innocent Americans. In the meantime, the American people are being told by those in power that we simply need to trust them to do the right thing and stop asking questions. The warnings that Senator Obama gave have proven to be correct.  Too bad President Obama hasn’t listened more to Senator Obama, I suppose.