A 500 pound French man was denied a return flight by British Airways. 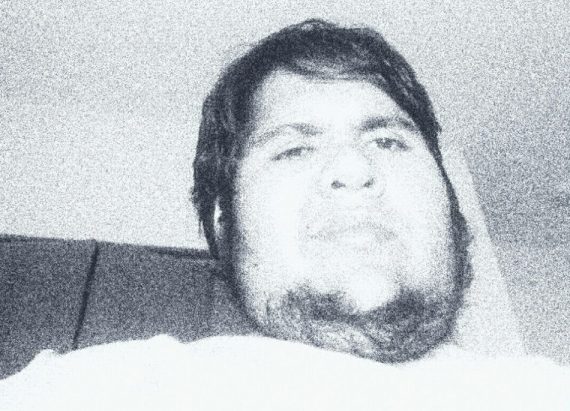 A 500 pound French man was denied a return flight by British Airways.

AFP (“Too fat to fly: French family stranded in US“):

A French family who came to the United States for medical treatment said they were stranded in Chicago after British Airways determined their son was too fat to fly.

Kevin Chenais, 22, spent a year and a half at the Mayo Clinic for treatment of a hormone disorder which led him to weigh 500 pounds.

His mother was near tears as she described the family’s problems to the local CBS affiliate.

“We blame British Airways because now they just leave us, and they brought us here,” Christina Chenais told the station.

“If they could bring him here with that problem in economy, there was a way to take him back by economy but just get him back home for his medical treatments to continue.”

The family spent a week in an airport hotel trying to resolve the matter and, running out of money, has decided their only option is to take a train to New York and cross the Atlantic on the Queen Mary cruise ship.

“I’m sure a lot of big people like me or bigger cannot travel because they have the same problem,” he told the station, head hanging down as he sat up in bed.

“This time before leaving I knew something would go wrong.”

“We will always try to accommodate someone if it’s possible and safe to do so,” Caroline Titmuss wrote in an e-mail.

“Unfortunately, it is not possible to safely accommodate the customer on any of our aircraft and the family has been offered a full refund.”

The airline said it provided hotel accommodation for the family along with “guidance and support” to help explore other travel options.

A spokeswoman for the French consulate told AFP it “attempted a mediation with British Airways, but the position of the airline is firm on the security issue.”

This is a sad situation, indeed. None of the reporting I’ve seen on this includes a rather key piece of information: how big was Chenais when he took the flight to the US? If he’s essentially the same size, it’s odd that the airline couldn’t accommodate a return flight on the same type of plane. If he’s gotten bigger, it’s perfectly understandable if awful.

To some extent, the airlines deserve the blame for this state of affairs. Passengers are getting bigger and the seats are getting smaller, so as to accommodate more passengers per flight. At 6’1″ and a little over 200 pounds, I find flying economy class quite unpleasant. Even in an aisle seat, I feel cramped and there’s never enough legroom. In the rare event that I’m seated next to an extremely obese person, I’m even less comfortable—and I can’t even fathom how they must feel. Recently, many airlines have started to invent new categories like “economy plus” to monetize this situation, charging passengers a premium for a few additional inches of legroom.

On the other hand, much of the blame for this situation goes to the consumer. Since deregulation hit, there’s been a race to the bottom in terms of service and comfort because most of the flying public (myself included) see airline travel as a commodity. Airlines that offer more legroom and better service than their competitors won’t gain enough in customer loyalty to make up for customers lost to higher fares.

Even if the market supported—or regulators mandated—larger seats and more generous spacing, we wouldn’t build airliners that would accommodate 500-pound men with medical equipment. People with extraordinary needs should reasonably expect to have to take extraordinary steps to meet them. Maybe that means buying two seats on the airplane—which I gather is what BA was suggesting in this case. Maybe that means taking alternative transportation.

It’s awful that Chenais is having to go through this additional expense and humiliation on top of his illness. (Although the $799 per person price of traveling on the Queen Mary 2 is much lower than I’d have expected.) But it’s unreasonable to expect the airlines to configure their business model around extraordinary cases.