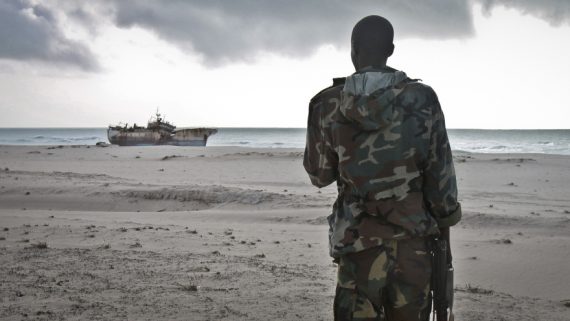 FILE – In this Sunday, Sept. 23, 2012 file photo, a Somali soldier looks out at a Taiwanese fishing vessel that washed up on shore after the pirates were paid a ransom and released the crew, in the once-bustling pirate den of Hobyo, Somalia. A U.K.-led Piracy Ransom Task Force says the shipping industry must adopt additional measures to ensure that payments aren’t made to pirates after a successful attack. (AP Photo/Farah Abdi Warsameh, File)