CBS affiliates are telling the Federal Communications Commission that unless it changes its ruling about profanities on-air, many will have to stop doing news outside of the 10 p.m.-6 a.m. safe harbor for indecent speech.

Noncommercial stations, meanwhile, argued that the decision has caused them to significantly self-censor for the first time.

“Live newsgathering outside of the safe harbor will be a risk that many licensees can’t take,” the affiliates wrote the FCC.

That dire warning came in comments to the FCC as CBS Affiliates and major public TV stations joined the swelling chorus of boos for the commission’s decision that it may now find the F-word indecent regardless of context, and fine broadcasters and artists potentially millions of dollars for saying that and other profanities on air.

In its petition, the CBS affiliates warn that the indecency crackdown will “fundamentally alter the manner in which local broadcasters engage in newsgathering.” (Already some stations, though not necessarily CBS stations, are buying equipment to delay newscasts. And on Monday, some Phoenix stations reportedly pulled the plug on news coverage of football player Pat Tillman’s memorial service when friends let forth with some locker-room language.)

Certainly, the FCC should rethink this ruling. Even if one supports keeping profane language off the air during “family time,” it is absurd to hold broadcasters liable for stray comments made during live events. 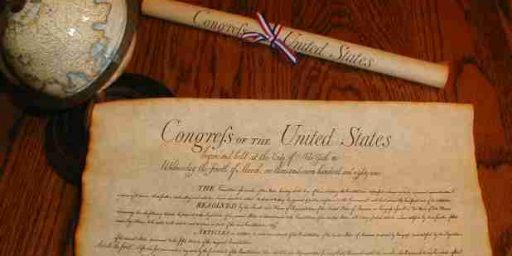