The new $450,000 income threshold is a political fiction. 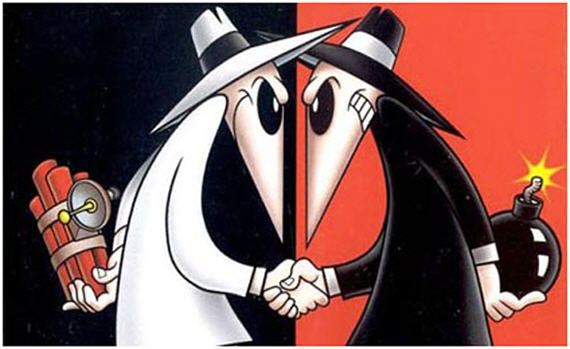 The editors of the Wall Street Journal point argue that the deal to avert the fiscal cliff contains a “Stealth Tax Hike” and that “the new $450,000 income threshold is a political fiction.”

Anyone still need a reason to abandon “grand bargains” and deals negotiated between this President and GOP Congressional leaders? Here it is: The revival of two dormant provisions of the tax code means the much ballyhooed $450,000 income threshold for the highest tax rate is largely fake.

The two provisions are the infamous PEP and Pease, which aficionados of stealth tax increases will recognize immediately as relics of the 1990 tax increase. Those measures, which limit deductions and exemptions for higher-income taxpayers, expired in 2010. The Obama tax bill revived them this week. It isn’t going to be pretty.

Under the new law, some of the steepest tax increases may fall on upper-middle class earners with incomes just above $250,000. Here’s why:

During the negotiations, the White House won a concession from Republicans to allow phaseouts for personal exemptions and limitations on itemized deductions, starting at an income of $250,000 for individuals and $300,000 for joint filers.

The Senate Finance Committee informs us that in effect the loss of the personal exemptions, currently $3,800 per family member, can mean a 4.4 percentage point rise in the marginal tax rate for a married couple with two kids and incomes above $250,000. A family with four kids in that income range faces about a six percentage point marginal rate hike. The restored limitations on itemized deductions can raise the tax rate by another one percentage point.

High-income Americans with incomes of more than $1 million may lose up to 80% of their itemized deductions for home mortgage payments, health care, state and local taxes—and charities. Cue the local symphony’s development office.

Add it together and families in the 33% tax bracket could see their effective marginal rate paid on each additional dollar earned rise to above 38%.

A store manager married to a dentist with a combined income of, say, $350,000 may pay a higher tax rate under the new law than if the tax code had simply reverted back to the Clinton-era rates that Mr. Obama championed. Those earning more than $450,000 would see their de facto tax rate rise to about 41% under the new law, not 39.6%. Add in the new ObamaCare investment taxes and the tax rate on interest income is close to 45%.

Now, fans of steeply progressive taxation might be thrilled with this. But, whatever the merits of having very high earners pay a higher tax rate—which I favor, up to a point—it should be achieved through honest debate and transparent public policy. Such, alas, is not the nature of our tax code.

There’s no obvious public policy rationale for a couple earning $299,999 to get a $3,800 exemption for each of their children but a couple earning $300,000 to lose it. Indeed, the former might have much less disposable income if they have one child and the latter have four. To the extent we want the tax code to subsidize the cost of raising children, it’s a rather perverse result.

The law should be transparent, creating a roadmap to guide personal conduct. But the tax code doesn’t work that way, because the accounting is done after the fact. Those of us with complicated finances (i.e., income from sources other than a fixed salary) simply don’t know from year to year how much income we’ll have.  So, we make financial decisions—including buying a house—based either on an average year or the most recent couple of years.

So, let’s say a couple averages $200,000 a year. It’s a fine living, putting them well into the upper middle class even in expensive metropolitan areas. They buy a house commensurate with their earnings in a good school district that’s more modest than many of their peers’ so as to save more for retirement. Within a couple of years, though, they’re making $250,000 and have their home mortgage deduction and dependent exemptions go away. Essentially, then, the fruits of their labor have been confiscated by the government for no crime other than working hard.

In an ideal world, the tax code would simply take incrementally more from the couple as their earnings increased. It would be perfectly reasonable, even, if by going over the $250,000 threshold they had to pay a higher rate on earnings above that amount.

There’s a decent argument to be made for limiting the mortgage deduction, for example. But the way to do it is to base it on the size of the mortgage, not the fluctuating income of the person paying it. That is, we could decide that we want to subsidize the cost of owning a middle class house but not a life of luxury. So, we could cap the deduction to the average interest paid each year to finance a $250,000 loan. Everybody who owned a home, whether it cost $150,000 or $15,000,000, would get the deduction. But the amount above $250,000 would be on the purchaser, not the Treasury. And, certainly, we could eliminate or reduce the subsidy for second and subsequent mortgages held simultaneously.