House Republicans unveiled their tax reform bill today, but its fate is far from clear. 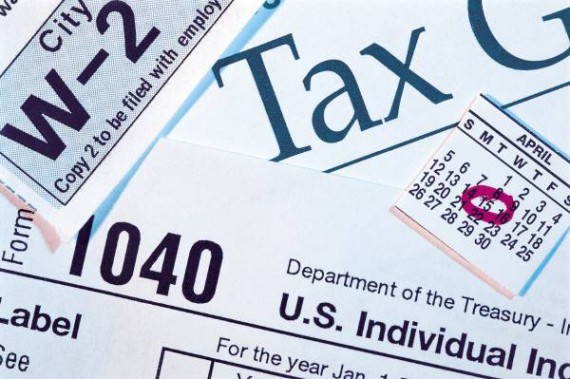 After a one-day delay due to last-minute objections to the details, House Republicans announced their tax plan today, but it’s fate remains unclear:

WASHINGTON — Republican lawmakers unveiled the most sweeping rewrite of the tax code in decades on Thursday, outlining a $1.51 trillion plan to cut taxes for corporations, reduce them for some middle-class families and tilt the United States closer, but not entirely, toward the kind of tax system long championed by businesses.

The House plan, released after weeks of internal debate, conflict and delay, is far from final and will ignite a legislative and lobbying fight as Democrats, business groups and other special interests tear into the text ahead of a Republican sprint to get the legislation passed and to President Trump’s desk by Christmas.

“With this plan, we are making pro growth reforms, so that yes, American can compete with the rest of the world,” said House Speaker Paul D. Ryan of Wisconsin.

Representative Kevin Brady, chairman of the House Ways and Means Committee, said that the plan had the “full support” of President Trump and predicted that it would be on his desk this year.

The bill is estimated to cost $1.51 trillion over a decade. Lawmakers must keep the cost of the bill to $1.5 trillion if they want to pass it along party lines and avoid a fillibuster by Democrats. Lawmakers have been scrambling for days to find a way to make cuts that are expected to cost trillions of dollars into a $1.5 trillion hole. That has prompted a host of changes on the corporate and individual side, including a new twist that would limit the mortgage interest deduction by capping it at $500,000.

Anticipating the coming resistance from industry groups, Mr. Brady said: “We’re going to prove them wrong once and for all.”

“This isn’t the last product,” said Representative Carlos Curbelo, Republican of Florida and a member of the House Ways and Means Committee. “This is just the kickoff to this tax reform exercise.”

As for the details, the plan will impact both personal and corporate taxes:

The plan establishes three tax brackets, 12, 25 and 35 percent, and also keeps a top rate of 39.6 percent for the highest-earners, collapsing the total number of brackets from seven. The brackets fall along the following lines:

The proposal roughly doubles the standard deduction for middle-class families, expanding it to $24,000 for married couples, from $12,700, and setting it at $12,000 for individuals, from $6,530 today. Republicans also plan to expand the child tax credit to $1,600 from $1,000 and add a $300 credit for each parent and nonchild dependent, such as older family members.

The bill includes a host of changes that will impact taxpayers in different ways. For instance, it repeals certain tax credits, including a 15 percent credit for individuals age 65 or older or who are retired on disability. Right now, those individuals can claim up to $7,500 for a joint return, $5,000 for a single individual, or $3,750 for a married individual filing a joint return.

The House bill would entirely repeal that tax credit. It would also repeal the adoption tax credit, no longer allow deductions for tax preparation and repeal credits for alimony payments. And deductions for moving expenses would no longer be allowed.

One of the biggest flash points will be proposed changes to the popular mortgage interest deduction. Under the Republican plan, existing homeowners can keep the deduction, but future purchases will be capped at $500,000.

The National Association of Realtors came out swinging against the bill, suggesting a huge fight awaits over how real estate is treated.

“Eliminating or nullifying the tax incentives for homeownership puts home values and middle-class homeowners at risk, and from a cursory examination this legislation appears to do just that,” said William E. Brown, president of the National Association of Realtors. “We will have additional details upon a more thorough reading of the bill.”

Jerry Howard, chief executive of the National Association of Homebuilders, said he was very disappointed in the Republican tax plan and warned that it could create a recession in the housing market.

“It puts such severe limitations on home buyers ability to use the mortgage interest deduction that home values will fall,” Mr. Howard said in an interview. “If a home seller takes a loss, that’s money they were counting on for retirement.”

Mr. Howard said the bill amounts to a broken promise.

“Contrary to their assertions, the Republicans are picking winners and losers,” he said. “They are picking rich Americans and corporations over small businesses and the middle class.”

Additional changes to individual income taxes would include a complete elimination of the deduction for medical expenses and the eventual end of the estate tax over the course of six years. In the intervening time, the level of which estates would be taxable would increase to well over $5,000,000. The plan would also place limits on the deduction for state and local property taxes, limiting the deduction to $10,000. On the corporate side, there would be significant changes for multinational corporations as part of an effort to encourage those corporations to bring profits made overseas back to the United States for investment and other purposes. Additionally, there would be significant changes for so-called “pass-through” entities such as LLC’s and Limited Partnerships that both small and large businesses often utilize as tax shields for specific business operations. As with the cap on mortgage interest, many of these changes are already facing significant challenges from the industries that would be impacted and from Members of Congress representing parts of the country where taxes and home prices for even middle-class families are sometimes well above the limits that the bill sets. This includes both Republicans and Democrats and could make keeping the Republican caucus in both the House and the Senate united. Additionally, the changes in corporate taxes are likely to be the main sticking point for Democrats opposed to the bill, who will likely point the extent to which things like pass-throughs are used more often by high-income earners rather than the “mom and pop” businesses that the GOP highlighted during their rollout today.

As I noted yesterday, the fate of this bill is far from certain regardless of how much boasting Republican leadership may do in the days and weeks ahead. For one thing, the calendar that they face is far shorter than it even appears on paper. If they are going to get the bill through the House of Representatives before the Christmas break, it’s going to require everything to go perfectly and it’s clear already that this isn’t going to happen. Lobbyists for the real estate will be all over the mortgage interest and state/local property tax deduction issue, as well Members of Congress on both sides of the aisle from areas such as the West Coast and Northeast that would be adversely impacted by the changes the bill would make to these parts of the tax codes. They and other opponents will do everything they can to reinstate the deductions that are targeted even though any effort to do so would likely upset the delicate balance that already exists in the bill. A good part of the bills fate will also depend on what the Congressional Budget Office has to say about it and, specifically, its impact on future budget deficits and the national debt. A bad score for the bill, for example, would make the job of keeping the Republican caucus united even more difficult. Additionally, we’ll have to wait to see how the public reacts to the bill, especially since current polling indicates that the bill is generally supported by only one-quarter of Americans. If that remains consistent, then it too will impact the fate of the bill in both the House and the Senate. Even if the bill makes it through the House successfully, it’s fate in the Senate is far from clear. As it stands, Majority Leader Mitch McConnell will be able to utilize the reconciliation process to attempt to push the tax bill through but, as we saw with health care reform, that doesn’t necessarily mean that he’ll be able to get the 50 vote minimum that he would need to pass the bill with Vice-President Pence’s tie-breaking vote.

Tax Cut and Jobs Act by Doug Mataconis on Scribd

Republicans Release Final Version Of Tax Bill, And It Appears Likely To Pass