The 5-4 ruling was much more sweeping than needed to strike down DOMA. 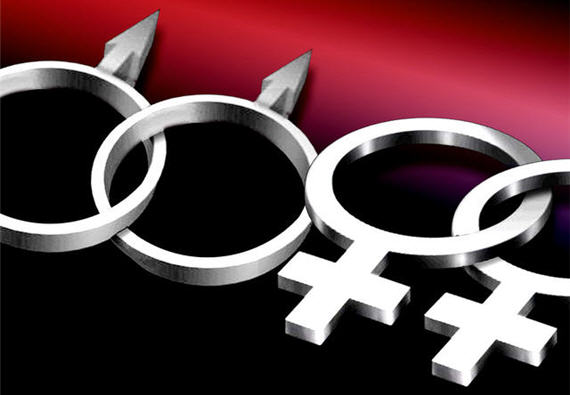 Doug Mataconis has already broken down today’s landmark gay rights rulings in some detail in “Supreme Court Strikes Down DOMA, Dismisses Prop. 8 Appeal For Lack Of Standing.” But the sweeping nature of the first ruling is worthy of further comment.

Justice Kennedy’s opinion in Windsor is far more sweeping than I would have predicted. I was expecting DOMA to be struck down on the basis on that it’s a state issue and that the Full Faith and Credit Clause trumped any statute. That would not only have been largely uncontroversial but have had no practical impact, since the Obama administration isn’t enforcing the law anyway.

Instead, the five justices in the majority have made sexual orientation a full-fledged protected class under the 5th (and presumably 14th) Amendment. That is indeed truly historic.

After quite a lengthy explanation as to why they have jurisdiction to rule in the case, Kennedy explains,

2. DOMA is unconstitutional as a deprivation of the equal liberty of persons that is protected by the Fifth Amendment. Pp. 13-26.
(a) By history and tradition the definition and regulation of marriage has been treated as being within the authority and realm of the separate States. Congress has enacted discrete statutes to regulate the meaning of marriage in order to further federal policy, but DOMA, with a directive applicable to over 1,000 federal statues and the whole realm of federal regulations, has a far greater reach. Its operation is also directed to a class of persons that the laws of New York, and of 11 other States, have sought to protect. Assessing the validity of that intervention requires discussing the historical and traditional extent of state power and authority over marriage.

Subject to certain constitutional guarantees, see, e.g., Loving v. Virginia, 388 U. S. 1, “regulation of domestic relations” is “an area that has long been regarded as a virtually exclusive province of the States,” Sosna v. Iowa, 419 U. S. 393, 404. The significance of state responsibilities for the definition and regulation of marriage dates to the Nation’s beginning; for “when the Constitution was adopted the common understanding was that the domestic relations of husband and wife and parent and child were matters reserved to the States,” Ohio ex rel. Popovici v. Agler, 280 U. S. 379, 383-384. Marriage laws may vary from State to State, but they are consistent within each State. DOMA rejects this long-established precept. The State’s decision to give this class of persons the right to marry conferred upon them a dignity and status of immense import. But the Federal Government uses the state-defined class for the opposite purpose—to impose restrictions and disabilities. The question is whether the resulting injury and indignity is a deprivation of an essential part of the liberty protected by the Fifth Amendment, since what New York treats as alike the federal law deems unlike by a law designed to injure the same class the State seeks to protect. New York’s actions were a proper exercise of its sovereign authority. They reflect both the community’s considered perspective on the historical roots of the institution of marriage and its evolving understanding of the meaning of equality. Pp. 13-20.

(b) By seeking to injure the very class New York seeks to protect, DOMA violates basic due process and equal protection principles applicable to the Federal Government. The Constitution’s guarantee of equality “must at the very least mean that a bare congressional desire to harm a politically unpopular group cannot” justify disparate treatment of that group. Department of Agriculture v. Moreno, 413 U. S. 528, 534-535. DOMA cannot survive under these principles. Its unusual deviation from the tradition of recognizing and accepting state definitions of marriage operates to deprive same-sex couples of the benefits and responsibilities that come with federal recognition of their marriages. This is strong evidence of a law having the purpose and effect of disapproval of a class recognized and protected by state law. DOMA’s avowed purpose and practical effect are to impose a disadvantage, a separate status, and so a stigma upon all who enter into same-sex marriages made lawful by the unquestioned authority of the States.

DOMA’s history of enactment and its own text demonstrate that interference with the equal dignity of same-sex marriages, conferred by the States in the exercise of their sovereign power, was more than an incidental effect of the federal statute. It was its essence. BLAG’s arguments are just as candid about the congressional purpose. DOMA’s operation in practice confirms this purpose. It frustrates  New York’s objective of eliminating inequality by writing inequality  into the entire United States Code. DOMA’s principal effect is to identify and make unequal a subset of state-sanctioned marriages. It contrives to deprive some couples married under the laws of their State, but not others, of both rights and responsibilities, creating two contradictory marriage regimes within the same State. It also forces same-sex couples to live as married for the purpose of state law but unmarried for the purpose of federal law, thus diminishing the stability and predictability of basic personal relations the State has found it proper to acknowledge and protect. Pp. 20-26

I haven’t had a chance, and am unlikely to have one for a while, to read beyond the lengthy summary. But Kennedy and the four liberal Justices have clearly issued a more sweeping ruling than they need to. Indeed, they make the states’ rights argument almost a subset of the larger Equal Protection argument. This would seem to set a rather powerful precedent that goes beyond the narrow question of marriage.