Supreme Court Running Out of Cases

Linda Greenhouse reports that the Supreme Court has literally run out of cases to hear.

The court has taken about 40 percent fewer cases so far this term than last. It now faces noticeable gaps in its calendar for late winter and early spring. The December shortfall is the result of a pipeline empty of cases granted last term and carried over to this one.

The number of cases the court decided with signed opinions last term, 69, was the lowest since 1953 and fewer than half the number the court was deciding as recently as the mid-1980s. And aside from the school integration and global warming cases the court heard last week, along with the terrorism-related cases it has decided in the last few years, relatively few of the cases it is deciding speak to the core of the country’s concerns.

The reasons for the decline all grow out of forces building for decades. The federal government has been losing fewer cases in the lower courts and so has less reason to appeal. As Congress enacts fewer laws, the justices have fewer statutes to interpret. And justices who think they might end up on the losing side of an important case might vote not to take it.

Quite an interesting trend and not necessarily a bad one. While the Supremes could do more to clear away the confusion resulting from contradictory rulings at the Circuit level, there are not a lot of pressing issues they are ducking.

Further, the fewer 5-4 rulings the better. The flurry of controversial civil rights decisions that came down in the 1950s and 1960s were unanimous or nearly so, lending a legitimacy to the outcome. Close decisions are inevitably viewed as political ones dependent on the ideological preferences of the individual Justices rather than the law or the Constitution. That’s not a good thing for the Court or the country. 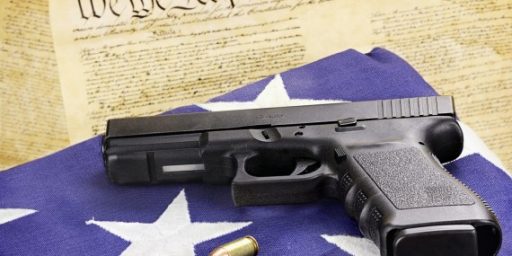