Tammy Duckworth has resigned as Veterans Affairs assistant secretary and may make another bid for Congress. 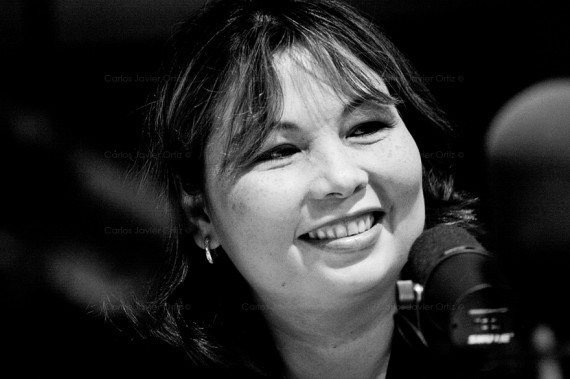 Tammy Duckworth has resigned as Veterans Affairs assistant secretary and may make another bid for Congress.

Veterans Affairs Assistant Secretary Tammy Duckworth submitted her resignation, the VA confirmed for me on Monday. One of her options will be to return to the Chicago suburbs to run for a House seat from the new 8th Congressional District and I bet she does.

Veterans Affairs Secretary Eric Shinseki told the Chicago Sun-Times in a statement, “Assistant Secretary Duckworth has submitted her resignation. She has served the Department of Veterans Affairs with distinction. Her unwavering dedication to Veterans and their families has strengthened VA’s ability to perform our mission–providing Veterans the healthcare and benefits they have earned. Tammy Duckworth uniquely understands the needs of today’s Veterans and their families, and her commitment to serving Veterans and increasing VA’s outreach has helped the department serve more Veterans and serve them well. We will miss her advocacy and leadership, but wish her the very best in the years to come.”

In 2006, Duckworth, 43, ran for the House in the present Illinois 6th Congressional District, beat by Rep. Peter Roskam (R-Ill.) in a close race.

If Duckworth ran for the House again, she would have a much stronger resume than the first time around–since then, she ran the Illinois veterans agency and is one of the top VA officials in Washington– and would be running from a more Democratic district.

Her Hoffman Estates home is in the proposed new 8th Congressional District, anchored in the northwest suburbs–and designed by Illinois Democrats in the remap they drew to have a Democratic tilt.

The new 8th contains large tracts of territory from the present 6th district where Duckworth beat Roskam in 2006 and other turf that could yield Democrat votes.
When Duckworth ran in 2006, her candidacy was encouraged and supported by Sen. Dick Durbin (D-Ill.), then Sen. Barack Obama (D-Ill.) and then Rep. Rahm Emanuel (D-Ill.), now Chicago’s mayor, who at the time was running the House political operation.

I bet that if Duckworth runs again–she would quickly be able to recreate the local and national financial base that helped her raise some $4.5 million in 2006 and secure the backing again of Emily’s List.  Her association with Obama opens doors to his fund-raising network and would also be a boost in a year he is running for re-election, where turnout will be high in his adopted home state.

Duckworth lost both legs and shattered an arm when her helicopter was shot down in Iraq in November, 2004. She met Durbin while she was recovering in Washington at the Walter Reed Army Medical Center and he helped launch her 2006 House bid.

After she was defeated, she became chief of the Illinois Department of Veterans’ Affairs, serving while maintaining her membership in the Illinois National Guard, where she is a major.

Given that it’s a safe Democratic seat, we could certainly do worse. She was working on her PhD at Northern Illinois University when she got called to active duty for Iraq deployment in 2004, where she was a helicopter pilot. In addition to her own service and that of her husband, she grew up in a military family.

Tammy Duckworth To Run Against Mark Kirk In 2016