A curious bit of branding.

Quite frequently during the rollout of nominations for major posts, the President-elect’s news releases have noted that it was he and Vice President-elect Kamala Harris making the choice. I’m now seeing news reports about Day 1 initiatives that carry both names. Unless my memory is foggier than I think, that’s highly unusual, if not unprecedented.

Generally speaking, there are two times when we see the pairing:

That the Biden team is doing so from the outset is highly unorthodox and suggests one of two things:

Those are, of course, not mutually exclusive. 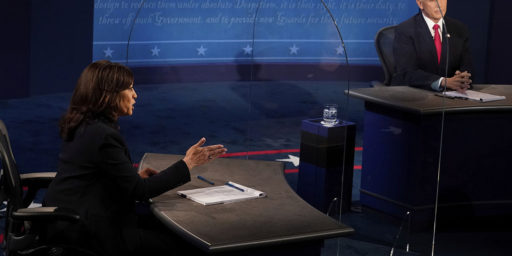