The people trying to undo the Defense Budget sequestration cuts are making some pretty weak arguments. 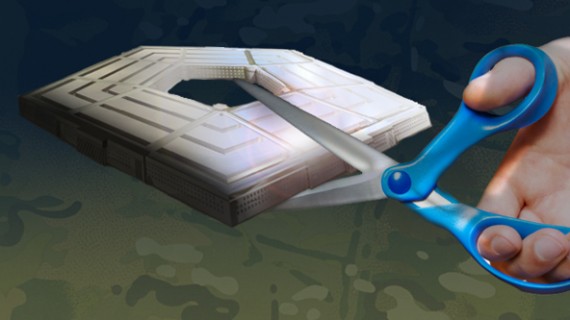 George Mason University economist Stephen Fuller is out with a study [PDF] in connection with the Aerospace Industries Association that estimates that as many as 2.14 million jobs could be lost as a result of the sequestration cuts set to go into effect in January 2013. It’s worth mentioning, of course, that Fuller’s study concentrates heavily on the Defense Industry and that the AIA represents most of the top defense contractors in the United States so one should perhaps takes some of the claims the study makes with a grain of salt. The AIA obviously wants to stop the defense cuts that are part of sequestration, and now they have a study that purports to show that those cuts will cost millions of jobs. Perhaps there is some truth in this, but that is hardly a reason to stop the sequestration cuts and return the budget to the mess it was in prior to August 2011.

Indeed, Christopher Preble argues that we should let the cuts occur:

To be clear, sequestration is not the best way to cut the military budget, or federal spending overall. It wasn’t supposed to happen at all; the threat of spending cuts was supposed to compel the various parties to reach a compromise. But it may be the only feasible way to cut spending. And it isn’t going to get any easier in the future.

The GOP has a straightforward way out of the box: allow the defense and nondefense cuts to go forward, refuse a tax increase, and renegotiate a debt reduction deal that doesn’t leave entitlements—the real drivers of our long-term fiscal calamity—off the table.

Sequestration likely won’t be as bad as special interests and those in favor of ever-increasing military spending claim. The reductions would only apply to FY 2013 budget authority, not outlays. The Pentagon and Congress will then have greater flexibility starting in FY 2014 to adjust the reductions under the BCA spending caps. In the meantime, many programs could continue on funding already authorized.

We must also keep the cuts in proper perspective. The DoD base budget under sequestration would total $469 billion, about what we spent in 2006, which was not exactly a lean year for the Pentagon. And as for the claim that the military cuts will result in perhaps one million lost jobs, that seems implausible considering that the cuts would amount to less than three tenths of one percent of GDP.

More importantly, though, Preble points out that we need to stop looking at the Defense Department budget, or indeed any Federal spending, as a jobs program. The purpose of defense spending should be to provide an adequate defense to defend the national interests of the United States. Once of the main reasons that defense spending has grown so much over the past decades has been the fact that it was viewed by Congress as a way to pass out pork to their districts and states. Indeed, there’s been more than one example over the years of a weapon’s program that the Pentagon doesn’t even really want, but which it is forced to accept because Congress insists on funding it, often for reason that have next to nothing to do with national defense and a whole lot to do with getting re-elected. Until an independent commission was established, it was next to impossible to shut down or reduce the size of a military base anywhere in the United States because Members of Congress would work together to prevent closure. Their constituents liked it, I’m sure, but it wasn’t doing the country any good, and the same goes for spending money on the military not because we need it for our defense, but because a Congressman doesn’t want to get his constituents, or his donors, angry at him.

If the opponents of  the defense sequestration cuts could make the case that they would harm our defense posture in a significant way, I’m sure they would have by now. Some, such as Senator John McCain, have tried to make that case but the exhortations simply don’t stand up to examination. The main reason the arguments that people like McCain make come off as absurd, is that we really aren’t even talking about actual cuts in defense spending here. Instead, we’re talking about are cuts in the rate of growth of spending. By the time we get to the end of the decade long period over which the cuts would go into effect, the Pentagon wouldn’t end up much worse off than it would have under the budget that was under consideration last August before the deal was made:

If there are good national security reasons that support the argument that we shouldn’t allow the defense cuts to be made, then the opponents of those cuts should make them. If not, then they shouldn’t rely on the idea that the Defense Budget is some kind of social welfare program because we cannot afford to think like that anymore. 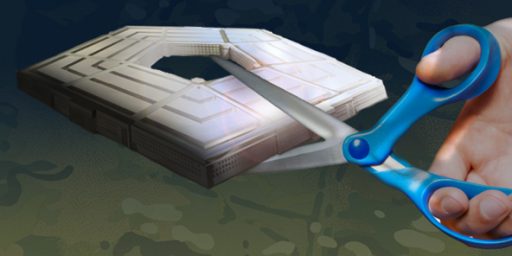