Several people (on Twitter and in various comments here at OTB) have mentioned a graphic associated with Sarah Palin’s PAC that had Gabriel Giffords’ district in the crosshairs. While it has been taken down from the website, here it is for posterity’s sake. You can draw your own conclusions: 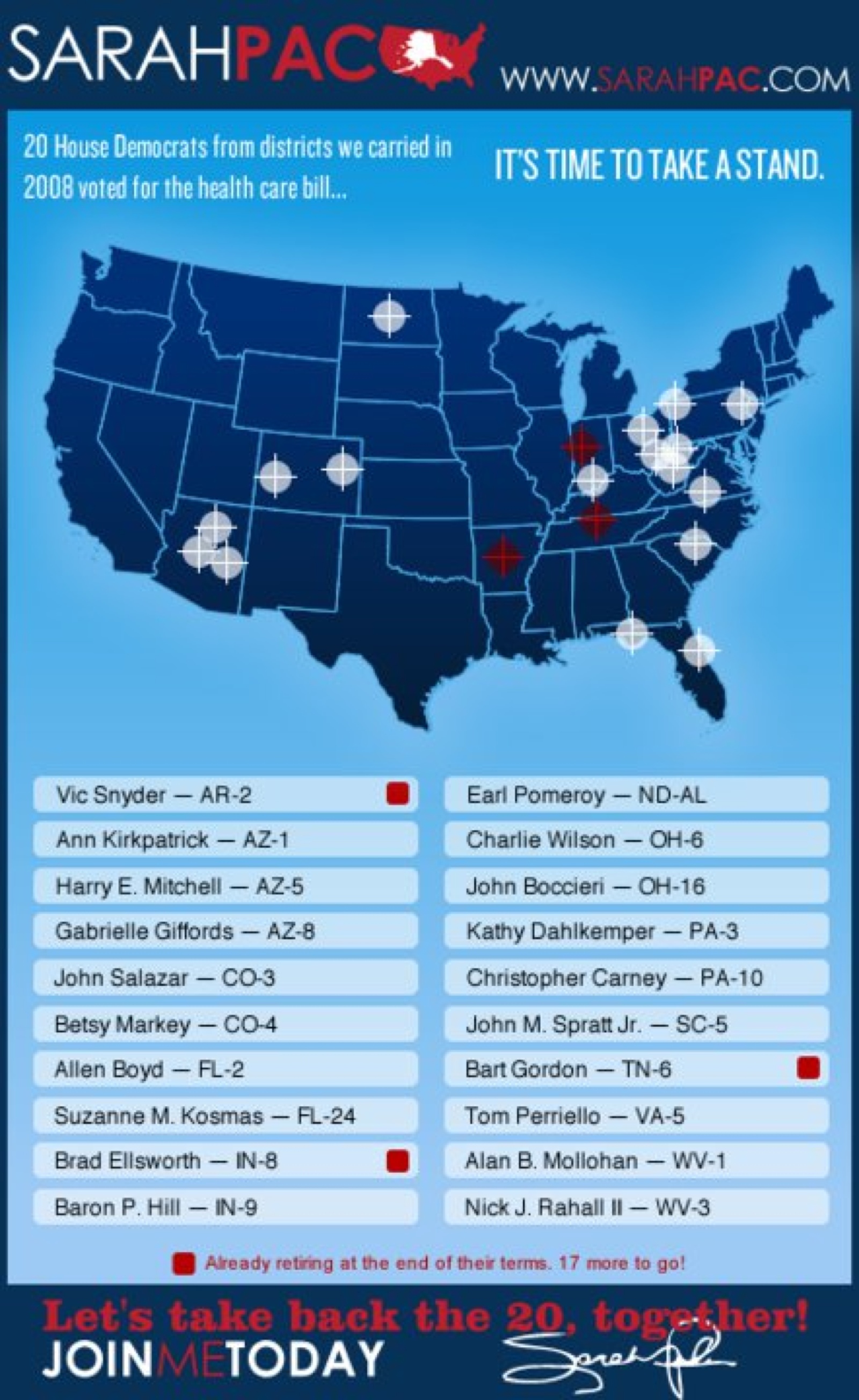