THE PRICE OF SECURITY

Robert Tagorda has lengthy excerpts and commentary on a subscribers-only Economist article on cost-benefit analysis as it pertains to the war on terror. The piece points out that we’re often not particularly rational, citing both our near-hysterical aversion to nuclear power and our general inability to properly weigh risks. Robert correctly points out, though, that,

[T]errorism poses a particularly tricky dilemma. . . . For one thing, I don’t believe that the number of lives saved represents an adequate metric. It should certainly factor into our assessments, but we must also consider the importance of stopping our enemies. Counter-terrorism focuses not only on protecting the public but also on destroying al Qaeda and other dangerous networks. The latter is harder to measure. Hence security policies are more complicated than environmental and energy policies.

Indeed, international relations scholars have a fancy name for this: the security dilemma. Colin H. Kahl, a political science professor at the University of Minnesota, has an excellent slide show on-line that simplifies it nicely.

The fundamental problem is that the international system exists in a state of “anarchy.” Simply put, this means that there is no government above the level of the individual state to resolve disputes. Or, to quote Kahl,

The lack of a neutral central authority capable of providing the collective goods of physical, economic, and cultural security to social groups and resolving disputes between them.

And it’s not just our enemies’ actions that we can’t gauge with a high degree of certainty: the same is true of our allies. Sovereign states make decisions for a wide variety of interests and small changes in the internal or external political environment can lead to significant policy shifts. A CDU government in Germany, for example, might well have supported the US in Iraq. Because of these uncertainties, it’s not irrational to spend more on security than is objectively necessary. In hindsight, for example, our spending in the 1980s was insane given a Soviet threat that was much weaker than we’d been led to believe.

Or, maybe not. The other component of the security dilemma is its interactivity. Ironically, actions taken by one state to enhance its security by definition decreases the security of all other states and may cause them to take countermeasures that thereby weaken the state who was trying to increase its security in the first place. It has plausibly been argued that our incredible defense spending, especially on the apparent boondoggle of missile defense, helped push the Soviets over the financial brink.

With respect to the war on terrorism, a similar situation prevails. Certainly, a traditional tit-for-tat arms race isn’t a major worry. Our vast resource superiority virtually ensures that we’d win. The problem here is that our actions will change the security situation. For example, by spending billions of dollars and setting up all manner of inconvenient barriers to air travel, we have almost surely increased the marginal security of flying. Enough to justify the enormous costs? Hard to say. But the irony is that the terrorists will almost certainly respond by simply diverting their attacks to comparatively softer targets. Thus, we have a paradox: By allocating the resources to protecting airplanes from terrorists, we virtually guarantee that the money will be “wasted” in the sense that terrorists will thereby have no intention to actually strike at airplanes. But, if we diverted those resources elsewhere, the terrorists would quickly figure that out, too. 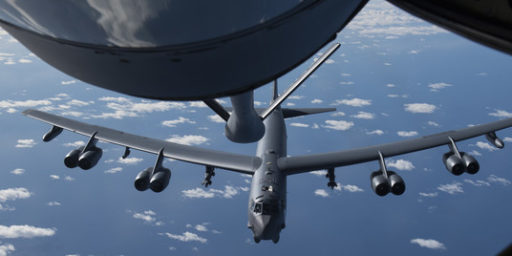 The Cold War Was A Sobering Influence For A Silly People