Matt Yglesias explains why public transit should be free through an analogy:

Say there’s no road between Washington, DC and Frederick, Maryland. You can go from the one place to the other, but it involves going way out of your way even though it could be a pretty quick trip on a direct road. What you need to ask yourself about building such a road is what would it cost and would it be worth it? You don’t build the road expecting to turn a profit. And you shouldn’t really build it expecting tolls to finance it. You should build it because you want to encourage people to drive from DC to Frederick. But if you build the road and it comes to pass that it’s choked with traffic during certain periods of time you don’t respond by making the road wider. Just like with building the road in the first place, you make it wider if you want to increase the number of people driving. If you want to eliminate the congestion problem, then you charge people to drive on the road during the peak times. The transit situation is similar. If you don’t want people to take the Metro from Bethesda to Gallery Place, then you shouldn’t build the Metro. But if you do want people to take the Metro from Bethesda to Gallery Place then you shouldn’t charge them to ride. But if it turns out that your route is too popular at certain times of day, then you want to charge them in order to prevent overcrowding.

But, if the public policy goal is to get the benefits that come from getting people from point A to point B, I’m not sure this makes much sense.

For one thing, trying to prevent overcrowding by raising prices during popular times imposes the burden entirely on the poor.  The Tim Geithners and Tom Daschles of the world will travel when they damned well please but plumbers named Joe have to either fork over a meaningful chunk of their income or waste a lot of time arriving to places, including their workplaces, very early and leaving very late.   (There is, after all, a reason certain times are more popular than others.)

Beyond that, if we want people to drive from Bethesda into DC, then we should make it as convenient to do so as practical.  Indeed, I avoid driving to Bethesda, which is a perfectly nice place, like the plague because it’s not worth the hassle of getting there.  Give me more traffic lanes or faster, more pleasant public transit and I’d adapt accordingly.

UPDATE: Alternatively, we could replace people with ants and solve all the problems. 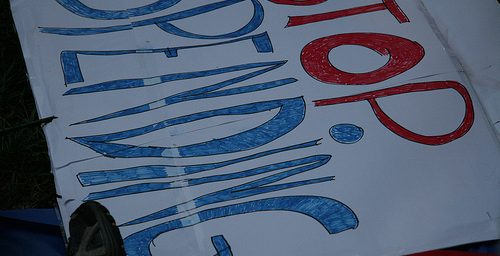