U.N. Ambassador Nikki Haley is floating the idea that the U.S. might not take part in the Olympics due to safety concerns. This would be a foolish decision. 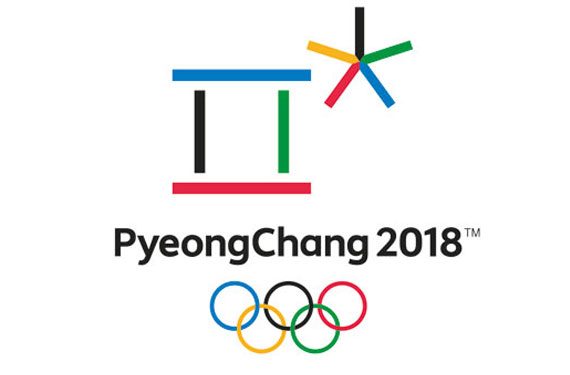 Just a day after the International Olympic Committee announced that Russia would be barred from participating in the 2018 Winter Olympics due to cheating, the U.S. Ambassador to the United Nation put the idea that the Olympics themselves may be too unsafe for American athletes due to ongoing tensions on the Korean Peninsula:

HONG KONG — The American envoy to the United Nations, Nikki R. Haley, said on Wednesday that it was an “open question” whether American athletes would be able to attend the Olympics in South Korea in February given the tensions on the Korean Peninsula.

The Winter Games are to be held Feb. 9-25 in Pyeongchang, a city about 50 miles from the demilitarized zone that separates North and South Korea.

Asked on Fox News if athletes from the United States would be able to compete, Ms. Haley said: “There’s an open question. I have not heard anything about that, but I do know in the talks that we have — whether it’s Jerusalem or North Korea — it’s about, how do we protect the U.S. citizens in the area?”

Tensions have been heating up on the Korean Peninsula after a two-month lull, with North Korea launching a missile last week that experts said showed the capability of hitting much of the continental United States.

Then, on Monday, the United States began military drills with South Korea that were to include simulated strikes on the North’s nuclear and missile sites, leading Pyongyang to accuse Washington of pushing the peninsula “to the brink of nuclear war.”

Addressing the strained relations and their impact on the Olympics, Ms. Haley said the Trump administration would try to “find out the best way” to protect American athletes participating in the Games.

“I think those are conversations we are going to have to have, but what have we always said? We don’t ever fear anything, we live our lives,” Ms. Haley said. “What we will do is make sure that we’re taking every precaution possible to make sure that they’re safe and to know everything that’s going on around them.”

However, Mark Jones, a spokesman for the United States Olympic Committee, said there had been no discussion of American athletes’ staying

“We have not had any discussions, either internally or with our government partners, about the possibility of not taking teams to the 2018 Olympic and Paralympic Winter Games,” he said in a statement. “We plan on supporting two full delegations in Pyeongchang.”

South Korea has invited the North to participate in the Games. But the military drills with the United States and the recent defection of a North Korean soldier to the South have reignited tensions and undercut hopes for a thaw in time for the Olympics.

The question of whether or not the United States should send a team to the Olympics is a complicated one. As noted, the location where the games will take place is just about fifty miles away from the Demilitarized Zone across which the North Korean military has tens of thousands of missiles and other military equipment that could be unleashed against civilians. While it’s difficult to believe that even Kim Jong Un would be foolish enough to take action that would threaten the games, the possibility that he could take action that would increase tensions along the peninsula in the coming weeks between now and the start of the games in less than two months seems almost certain. As a result, one has to wonder just how safe the games themselves will be, and how vulnerable athletes might be to some kind of attack or other nefarious action.

Notwithstanding any of these potential threats, though, it strikes me that withholding American athletes from the Olympics would be an exceedingly bad idea that would play right into the propaganda hands of Kim Jong Un and the North Koreans. For obvious reasons, the South Koreans are looking to these Olympics as a way to show-off their country to the world, including to people in the United States. The prospect of the United States not participating in these games would be deeply embarrassing to the Republic of Korea, and needlessly so given the fact that there is virtually no chance that the North Koreans would actually be stupid enough to try anything aggressive during the games. Additionally, the South Korean and American militaries will no doubt be on high alert before, during and after the Games. Finally, not participating in the games would be utterly unfair to the athletes who have been training, many for the better part of their lives, for the chance to participate in the games. Rather than giving Kim Jong Un a propaganda victory, American and other western athletes need to go to South Korea, proudly wave their flags, and show that we won’t be intimidated by a tinpot dictator.