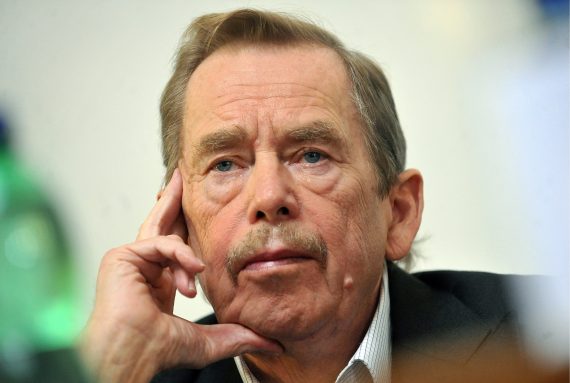 epa01933052 Czech former president, author Vaclav Havel looks on during a debate on ‘Freedom and its Adversaries’ at Charles University in Prague, Czech Republic on 14 November 2009. The debate marked the upcoming 20th anniversary of the fall of Communism in Czechoslovakia. EPA/FILIP SINGER