It seems that Vitamin C is not a cure for the common cold, despite the view of some.

Vitamin C May Not Fight the Common Cold (WebMD)

Vitamin C’s reputation for fighting the common cold may not be justified, say researchers. They say they checked the best studies done on the topic in the last 65 years. Their findings appear in Public Library of Science Medicine.
Researchers working on the review included Robert Douglas, MD, of the Australian National University. They found hints of possible benefits in some conditions. Those areas should be studied further, say Douglas and colleagues. But overall, they say they didn’t find proof that vitamin C thwarts colds. The review included 55 studies.

Vitamin C did not prevent colds in people taking up to 2 grams daily, say the researchers. However, there were exceptions. In six studies, the number of colds was halved with vitamin C. But those studies involved rare, extreme conditions. The number of colds was only cut in marathon runners, skiers, and soldiers exposed to cold temperatures and/or physical stress. Those benefits should be treated with “great caution” and probed further, say the researchers.

I’m guessing chicken soup and refraining from going outside with wet hair are also not 100% effective. 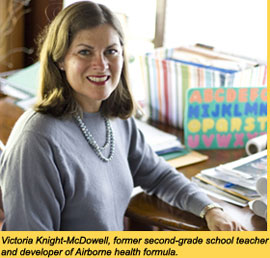