Nate Jones asks, "What if every Olympic sport was photographed like beach volleyball?" 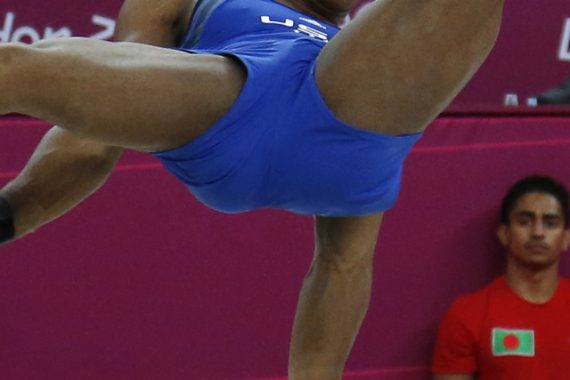 Nate Jones asks, “What if every Olympic sport was photographed like beach volleyball?”

The above pic gives away the joke: Women’s beach volleyball players show off their (mostly rather fantastic) physiques in very skimpy  bikinis—previously mandated but optional for the 2012 Games—and the photographs often zoom in on their (often spectacular) backsides.  Men’s sports photography doesn’t emphasize that particular region, even in sports where the men are not all that covered up.

Plausible explanations include rampant sexism or the fact that shots of the backsides of hot women playing volleyball is art in its highest form whereas zooms of dudes’ crotches are just nasty. 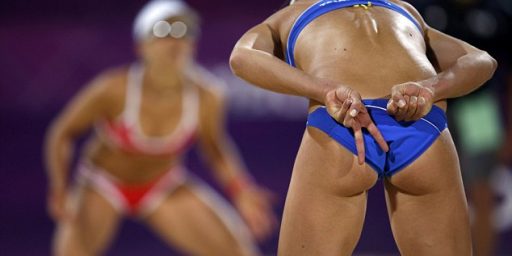