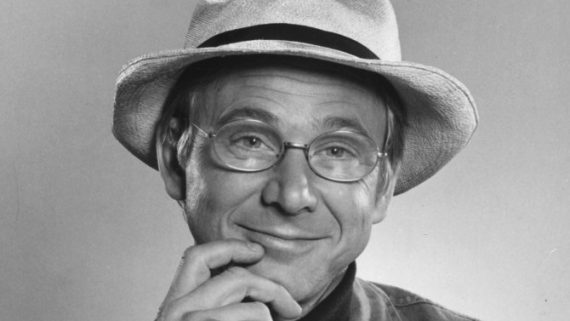 William Christopher, who played Father Mulcahy on M*A*S*H during it’s eleven seasons on television, died yesterday at the age of 84:

William Christopher, the actor who played the sensitive and soft-spoken Father John Mulcahy on the long-running CBS comedy “M*A*S*H,” died Saturday at his home in Pasadena, Calif. He was 84.

Christopher was a regular and a fan favorite throughout the 1972-1983 run of the much-praised “M*A*S*H.” The show’s final episode still holds the ratings record for the most watched scripted series closer with nearly 106 million viewers tuning in. Christopher was also featured in the spinoff series “AfterMASH,” which ran from 1983-85 on CBS.

On “M*A*S*H,” Christopher served as the moral compass for the show revolving around the unruly doctors and nurses running a mobile Army surgical unit, the 4077th, during the Korean War.

Christopher’s kindly Father Mulcahy frequently struggled to offer spiritual guidance and pastoral care amid the horror of war. But he also managed to connect with the war-weary medical staff and combat victims using a combination of humor, warmth and plain-spoken counsel that was never dogmatic. Christopher took on the role played by Rene Auberjonois in the 1970 Robert Altman feature that begat the series.

Christopher was recently seen on the NBC soap “Days of Our Lives” in a recurring role in 2012, again playing a man of the cloth. His post-“M*A*S*H” credits include voice work in the 1980s “The Smurfs” cartoon series and guest shots on “Mad About You,” “Murder, She Wrote,” “Diagnosis Murder,” “Lois & Clark: The New Adventures of Superman” and “Team Knight Rider.”

Before “M*A*S*H,” Christopher worked steadily on TV in character roles on such series as “The Andy Griffith Show” and “Gomer Pyle,” “Hogan’s Heroes,” “That Girl” and the James Garner drama “Nichols.” He also logged guest shots on “The Patty Duke Show,” “Death Valley Days,” “The Virginian” and “Alias Smith and Jones.”

Christopher grew up in Evanston, Ill. and studied drama at Wesleyan University in Connecticut. He got his start on stage in regional theater and Off Broadway productions. His Broadway debut came during the 1962-64 run of “Beyond the Fringe” with Dudley Moore and Peter Cook. Christopher did a national tour of “Beyond the Fringe” and wound up relocating to Los Angeles.

Christopher landed the role in “M*A*S*H” after producers decided to recast the actor who played Father Mulcahy in the pilot, George Morgan, who had no lines. Christopher’s Father Mulcahy was a sporadic presence until the fifth season of the show, which coincided with the period when the actor was bedridden for two months battling hepatitis. The writers turned that into a storyline for Mulcahy as well, according to the book “MASH FAQ: Everything Left to Know About the Best Care Anywhere.”

Christopher’s passing came one year to the day after another M*A*S*H cast member, Wayne Rogers, passed away at the age of 82 and at the end of a year that has seen the passing of what has popularly become known as an exceptionally rough year for celebrity deaths.