A new theory posits that planets capable of supporting life may be far more common than previously thought. 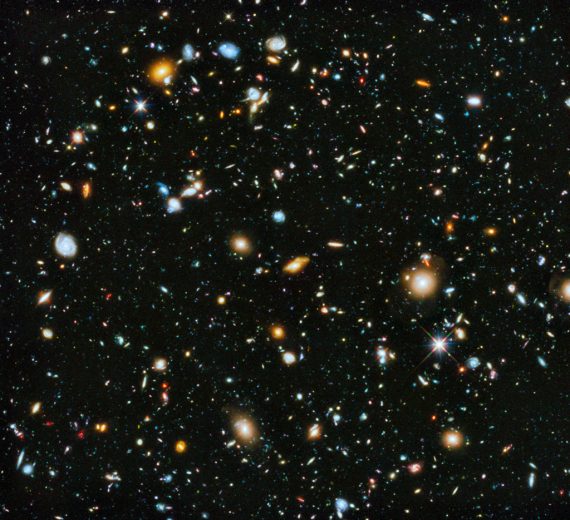 There could be a lot more planets capable of supporting life in our own galaxy than we can possibly imagine:

How many planets in the Milky Way might harbor complex life? A group of researchers now suggest the number may be as high as 100 million. However, other scientists pointed out potential flaws in this estimate and warned this exercise may be too speculative to be useful.

Astronomers have so far confirmed the existence of more than 1700 exoplanets and may soon confirm thousands more. And even before that, scientists have attempted several different measures of how likely life might be on other planets. For instance, there’s the Earth Similarity Index that looks for worlds similar to Earth, while the Planetary Habitability Index seeks out worlds that might support not only life as we know it, but also more exotic organisms.

However, these previous measures did not look for worlds that might be likely to host biology more complex than microbes. Now researchers have developed a new measure for estimating how many planets and moons could harbor complex, diverse, multicellular life.

“Complex life in no way implies intelligent or technologically capable forms of life,” says lead study author Louis Irwin, professor emeritus and former chair of biological sciences at the University of Texas at El Paso. “A planet covered in mosses and fungi-like organisms that feed on the mosses would qualify as a complex biosphere.”

The scientists developed a formula that considers seven factors that might promote the evolution of complex forms of life on planets and moons. They deemed four important for life in general: a material that life could grow on; energy to sustain life; chemistry that allows the creation of complex molecules such as organic polymers; and a liquid solvent for such chemistry to occur in, such as water. They regarded three important for the evolution of complex life: complex environments that can foster diverse life; a range of temperatures warm enough for biology to occur but cool enough to not destroy biological compounds; and age—the older a world is, the more time it has had to evolve complex life.

Irwin and his colleagues then used their formula to compute a “Biological Complexity Index” (BCI), which rates planets and moons on a scale of 0 to 1.0 for how well they might support multiple forms of multicellular life.

“It is important to note that the Biological Complexity Index is not based solely on life as we know it,” Irwin says. “We do believe that polymeric chemistry and liquid solvents are essential, but in theory, atoms other than carbon and liquids other than water could fulfill the basic requirements for living systems. We do believe that carbon and water are much more likely to be favored by living systems, but until we find a sufficient number of examples of life elsewhere in the universe, we believe that it would be scientifically improper to restrict our consideration only to life as we know it on Earth.”

After surveying the list of confirmed exoplanets, Irwin and his team suggested 1.7 percent of these worlds had BCI ratings higher than Europa, a moon of Jupiter suspected to possess a hidden ocean that might harbor life. Based on an estimate of 10 billion stars in the Milky Way and assuming an average of one planet per star, the researchers arrived at their estimate that there could be 100 million worlds in the galaxy that could foster complex life. They said this constituted the first quantitative estimate of the number of such worlds that is based on observable data.

This is by and large all speculation at this point, of course, but the idea of 100,000,000 or more planets capable of supporting life doesn’t seem nearly as far fetched as it used to not very long ago.

There was a time, after all, when we weren’t even sure that there were planets outside of the Solar System. Most scientists assumed that there were, of course, since it seemed unlikely that there was something unique about our star that would have made it different from every other star in the universe, but there wasn’t proof for that assumption. The proof came thanks to satellites such as the Kepler observatory and others which have used precise measurements of the light eminating from neighboring stars to detect the passage of planets in front of them, along with other methods. Because of that, we have discovered hundreds of planets orbiting nearby stars, including several in the so-called “Golidlocks Zone,” meaning that they are within the distance from their star generally believed to be necessary to support life, or at least life as we know it. We haven’t been able to prove that there’s even rudimentary forms of life on any of these planets yet, of course, but there have already been several discussions among astronomers about how we might be able to do that, including efforts to measure the content of a planet’s atmosphere for signs that it contains the byproducts of life.  Of course, even proving that there’s some kind of life on a distant world would only be the first step. Without actually traveling there, it would be far more difficult to determine how complex the lifeforms on that planet might be, and absent interception of radio signals there would be know way of knowing if any of these planets support life approaching the same level of technological achievement that we have.

Keeping all of that in mind, it strikes me that the most logical conclusion is that there is indeed life elsewhere in the universe, including intelligent life that may likely have reached a level of achievement far beyond our current levels. On some level, this is simply the recognition that there is something incredibly arrogant about the idea that we are somehow unique in the universe. With the tens of billions of years that have passed since the universe came into existence, the idea that life has come into existence, flourished, and achieved intelligence elsewhere makes perfect sense, which is why we shouldn’t be surprised if and when proof of such a thing is eventually found somewhere at some point in time.

Perhaps this logic will turn out to be faulty in some way. Maybe we really are all alone in the universe. It will be up to science to try to find the answer to that question. Something tells me that we aren’t alone, though.