Hope is not a COA.

Manisha Sinha, the Draper Chair in American History at the University of Connecticut, has published an op-ed at CNN titled “Why I hope 2022 will be another 1866.” The crux:

We must hope that the midterm elections of 2022 might engender that unusual political wave and resemble the 1866 midterms, when the party in power, the Republicans in this instance, won decisive majorities in both houses of Congress. (The two political parties have long since flipped political and ideological roles.)

She goes on to draw interesting if perhaps somewhat strained parallels about the early Reconstruction era and today and to argue why we need such a corrective. And, yes, that would be great.

But here’s the thing: we’re less than a month out from the midterms and there’s simply zero chance of this happening. Democratic fortunes have risen and there’s little danger of a wave election in the opposite direction. The combination of a late legislative rally that got some massive spending bills passed, a quelling of gas prices (if still well above what they were when Biden took office), and Republicans shooting themselves in the foot by nominating some absolutely atrocious candidates mean Democrats have a decent chance of holding seats that, under normal circumstances, they wouldn’t.

Democrats could well hold the Senate. It’s unlikely that they’ll do the same with the House but it’s certainly not outside the realm of possibility. But “decisive majorities”? There’s not a single reputable poll that shows that happening. 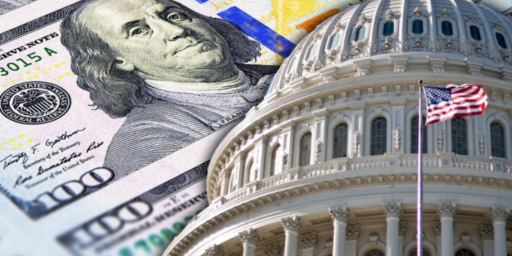