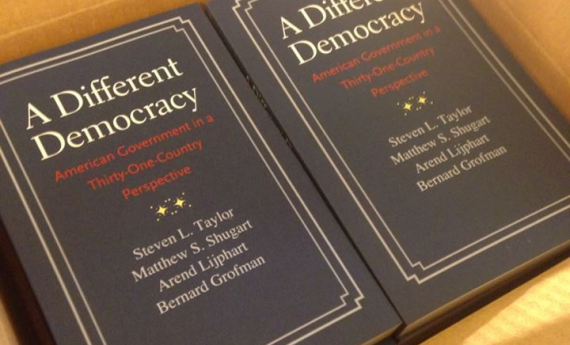 From the Shameless Self-Promotion Department comes news that A Different Democracy:  American Government in a Thirty-One-Country Comparison by Steven L. Taylor, Matthew S. Shugart, Arend Lijphart, and Bernard Grofman is now available in paperback and Kindle formats (at, I might note, reasonable prices).

It was originally slated for an October 28th release, but I received my author’s copies a little over a week ago and I saw that Amazon had the paperbacks this week and the Kindle version just went up.