A Netiquette Question for Discussion

Ok, so let’s say that you  are in the habit of sending out e-mails to an acquaintance with opinions, links to articles, and the like. Usually you send such missives to a set group of acquaintances and sometimes you just target a specific person whom you assume will be especially interested in a said topic.

Let’s say you do this anywhere from once every couple of weeks to multiple times a day, depending on the mood.  Further, let’s say that early on your acquaintance did respond a few times to your e-mails but usually doesn’t say a peep.

So the question:  would you rather said acquaintance politely ask you to remove his e-mail from your distribution list or would you prefer that said acquaintance simply set up a filter that seamlessly and silently places your correspondence in the trash can?

In other words:  would you rather be told (after years) that your e-mails aren’t welcome or continue sending said e-mails directly into said acquaintance’s trash can? 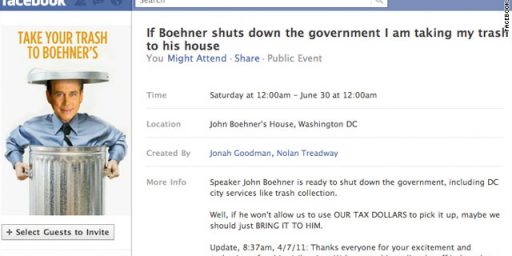