A Reminder about North Korea

And a reminder about how little the current POTUS understands. 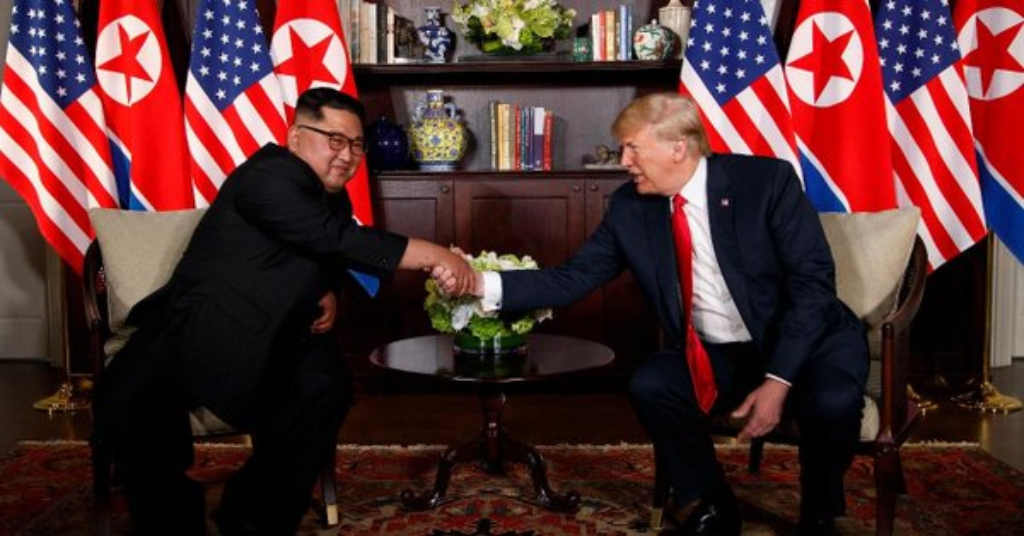 Donald Trump, the 45th President of the United States: tweeted the following:

North Korea, under the leadership of Kim Jong Un, will become a great Economic Powerhouse. He may surprise some but he won’t surprise me, because I have gotten to know him & fully understand how capable he is. North Korea will become a different kind of Rocket – an Economic one!

North Korea remains one of the most repressive authoritarian states in the world, ruled for seven decades by the Kim family and the Worker’s Party of Korea. During his fifth year in power, Kim Jong-Un continued to generate fearful obedience by using public executions, arbitrary detention, and forced labor; tightening travel restrictions to prevent North Koreans from escaping and seeking refuge overseas; and systematically persecuting those with religious contacts inside and outside the country.

UN officials estimate that between 80,000 and 120,000 people are imprisoned in political prison camps.

So, no, not conditions for the creation of an “Economic Powerhouse” nor an example of “great leadership.”

In regards to economics:

The government systematically uses forced labor from ordinary citizens to control its people and sustain its economy. A significant majority of North Koreans must perform unpaid labor at some point in their lives.

Former North Korean students who left the country told Human Rights Watch that their schools forced them to work for free on farms twice a year, for one month at a time, during ploughing and seeding time, and again at harvest time. A former school teacher who escaped North Korea in 2014 said his school forced its students (aged between 10 and 16) to work every day to generate funds to pay government officials, maintain the school, and make a profit.

Ordinary North Korean workers, both men and unmarried women, are required to work at government-assigned enterprises. Although they are theoretically entitled to a salary, they usually are not compensated. All North Korean families also have to send one family member for at least two hours per day, six days a week, to support local government construction or public beautification projects, like building structures, fixing roads, collecting raw materials like crushed stone, or cleaning public areas.

Freedom House reports from its 2018 assessment:

North Korea is a one-party state led by a dynastic totalitarian dictatorship. Surveillance is pervasive, arbitrary arrests and detention are common, and punishments for political offenses are severe. The state maintains a system of camps for political prisoners where torture, forced labor, starvation, and other atrocities take place. While some social and economic changes have been observed in recent years, including a growth in small-scale private business activity, human rights violations are still widespread, grave, and systematic.

The formal economy remains both centrally planned and grossly mismanaged. Business activity is also hobbled by a lack of infrastructure, a scarcity of energy and raw materials, an inability to borrow on world markets or from multilateral banks because of sanctions, lingering foreign debt, and ideological isolationism. However, expanding informal and government-approved private markets and service industries have provided many North Koreans with a growing field of activity that is relatively free from government control. Local officials have had some authority in the management of special economic zones and over small-scale experiments with market-oriented economic policies.

And in regards to economic rights:

Forced labor is common in prison camps, mass mobilization programs, and state-run contracting arrangements in which North Korean workers are sent abroad. There have been widespread reports of trafficked women and girls among the tens of thousands of North Koreans who have crossed into China. Due to changing economic conditions, prostitution has reportedly become common in North Korea itself in recent years.

Economic opportunity has been affected by escalating international sanctions in response to North Korea’s weapons tests and threats of military aggression. New sanctions imposed during 2017 targeted a variety of civilian industries such as textiles and seafood, and tightened banking restrictions to limit North Korea’s access to international financial institutions. Nevertheless, markets and quasi-private businesses have expanded over time. Agricultural reforms have allowed larger percentages of crop yields to be kept by households, presumably to either consume or sell in the markets.

None of this is going to lead to economic development by the North Koreans.  Rather, this describes crimes against humanity on a mass scale.  There is nothing to praise here.

Either our President actually admires one of the most brutal dictatorships currently in power, or he has no idea what he is talking about.  As is often the case with Trump, there is no good option here.
FILED UNDER: Donald Trump, US Politics