ABC is bringing back Roseanne without Roseanne Barr. Whether that will prove to be a success or not remains to be seen. 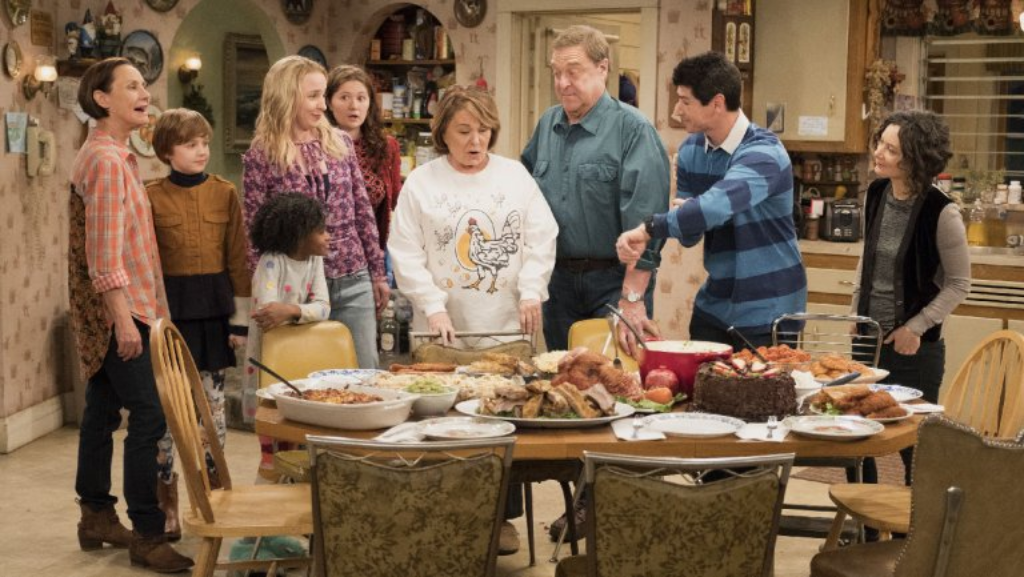 Less than a month after ABC announced that it was canceling the second season of the reboot of Roseanne in response to a serious of racist tweets sent out by the shows eponymous star Roseanne Barr, it now looks like they’ll be going forward with a reboot of Roseanne without Roseanne:

Roseanne Barr may be finished, but the Conners are not.

Less than a month after ABC canceled the hit revival of “Roseanne” because of a racist tweet by Ms. Barr, the network has decided to go forward with a spinoff that will not include her. ABC said that Ms. Barr would not receive any payment from the network for the series, which is tentatively titled “The Conners.”

The spinoff, scheduled to air on ABC in the fall, will include the principal “Roseanne” cast members John Goodman, Laurie Metcalf and Sara Gilbert. The producers who ran “Roseanne,” including Tom Werner of Werner Entertainment, and the show’s writing staff will also return. The new anchor of the Conner family is expected to be Darlene, the Roseanne character’s younger daughter, who is played by Ms. Gilbert. The season will be 10 episodes.

Before ABC approved the spinoff, Ms. Barr and Werner Entertainment agreed on a financial settlement, according to a person briefed on recent discussions, who spoke on the condition of anonymity to describe negotiations that took place among the star, producers and executives. That person would not reveal the sum of the payment.

In a statement on Thursday, Ms. Barr said, “I regret the circumstances that have caused me to be removed from ‘Roseanne.’ I agreed to the settlement in order that 200 jobs of beloved cast and crew could be saved, and I wish the best for everyone involved.”

ABC canceled “Roseanne” on May 29, hours after Ms. Barr used her Twitter account to liken Valerie Jarrett, a former special adviser to President Barack Obama who is African-American, to the offspring of the Muslim Brotherhood and “Planet of the Apes.”

How the new show’s writers will explain the absence of the Conner family matriarch remains an open question, but a description included as part of an ABC press statement on Thursday referred to “a sudden turn of events” that forces the Conners to “face the daily struggles of life in Lanford in a way they never have before.”

“Roseanne” was a critical and commercial success for ABC during its original incarnation from 1988 to 1997. The reboot premiered on the network on March 27. It was born of a strategy hatched by ABC executives during a meeting at the network’s Burbank headquarters on the day after Donald J. Trump won the 2016 presidential election.

Channing Dungey, the president of ABC Entertainment, described ABC’s thinking in an interview with The New York Times published two days after the “Roseanne” premiere. “We had spent a lot of time looking for diverse voices in terms of people of color and people from different religions and even people with a different perspective on gender,” she said. “But we had not been thinking nearly enough about economic diversity and some of the other cultural divisions within our own country.”

The ratings for “Roseanne” surprised ABC executives, who said the size of the audience was more than twice what they had expected. President Trump was enthralled by the ratings numbers and made a congratulatory call to the show’s star.

Discussions about the possibility of saving the show in some form began almost as soon as ABC had announced its decision canceling the show at the end of May. Apparently spurred by actress Sara Gibert, who has played the role Darlene Connor since the show first premiered back in 1988 and who played a prominent role in the reboot, and others the showrunner and writers of the show began pitching the idea to ABC executives who were obviously looking at what had suddenly become a big hole in their schedule in addition to the fact that they had lost one of the most successful shows of the year when it made the decision to cancel the show. Slowly but surely, some of the other co-stars, including John Goodman and Laurie Metcalf, came out in favor of the idea. There was just one complication. The entire idea for the show came largely from Barr herself and she would stand to gain financially from any reboot that included the same characters, something that ABC still objected to and which appeared as if it would prevent the project from going forward. Based on this report, it seems as though the network and the studio have reached a settlement with Barr that would provide that she would derive no financial benefit from the rebooted series, although one can assume that she received some monetary settlement in exchange.

As for the show itself, your guess is as good as mine as to what a Roseanne-less Roseanne (or whatever it ends up being called) will look like. As Daniel Bukszpan notes in a piece at CNBC, there are some examples in the past of shows remaking themselves after the loss of a major character, or redefining a character from a previous show, and doing so in a way that proved to be successful. There are also, however, as many examples of shows that quickly went downhill after the unplanned, unexpected loss of a major character. Given that, it’s hard to say what direction the new show might take, but it’s likely it will get media attention at least in the beginning due largely to the circumstances that led to its creation. As I said when the show was canceled, I had only really watched the first episode of the revived series this year, so I’m obviously not part of the intended audience for whatever form the new show may take. That being said, it will be interesting to see how this new show does without the person who originated the entire premise for the show thirty years ago at the center.