It seems that American conservatives and hawks aren’t the only ones complaining about slanted coverage. In the Christian Science Monitor, African leaders and interest groups argue that, beyond genocide, AIDS, and famine, the following stories are underreported:

Africans Ask: ‘Why Isn’t Anyone Telling the Good News?’ (CSM)

“Africa is shifting more and more toward becoming a business story,” says John Chiahemen, chief Reuters correspondent in Southern Africa and chairman of the board of the Foreign Correspondents’ Association of Southern Africa. (This reporter is also a member of that board.) Increasingly, he says, Reuters is focusing on “opportunities in Africa” because the continent “has never looked more promising as a business destination.”

He cites Barclays Bank’s pending $5.5 billion purchase of 60 percent of South Africa’s largest bank, Absa, as evidence of the changing climate. It is Barclays’ biggest investment outside Britain in its 100-year history. Observers say it shows even conservative bankers can be bullish on Africa.

I think that these stories definitely deserve greater attention. For starters, perhaps the press can take a look at this recent report by the African Development Bank and the OECD Development Centre, which highlights “rising global commodity prices, the expansion of […] oil production, propitious weather conditions, and steadily prudent economic policies.” The BBC appears to be the only major international outlet that’s covered it.

Nevertheless, I find this argument misguided:

One thing blocking a fuller perception of Africa’s progress may be implicit racism, argues Charles Stith, former US ambassador to Tanzania, now at Boston University.

There’s a historic framework, he says, “that by definition sees Africa … and Africans as inferior and negative,” and makes most stories about the continent negative.

The whole idea of “implicit racism” is pretty elusive, so I won’t delve into it here. But, at any rate, the comparison to China and Russia is weak. We “see and hear other things” about those countries because their GDPs exceed $1 trillion and rank within the top 10 internationally. Their economic policies reverberate beyond their borders. One need only look at Russian oil and Chinese textiles and currencies to gain this perspective. And, if we want to extend the analysis to politics, consider issues surrounding Georgia, Ukraine, and North Korea, and it’s easy to see why the press closely monitors the two big countries.

Comparatively, Africa lacks the same type of influence. It doesn’t mean that we should ignore its progress altogether, but it does mean that other regions will naturally garner more interest, racism aside. 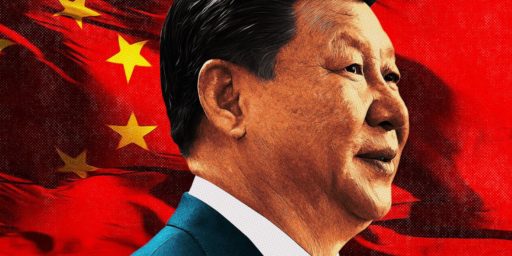