This map and comparison (via io9) is pretty awesome, because it really provides a better view of the size of the African continent than go most maps, which due to the nature of standard projections makes the northern hemisphere look larger than it is (and conversely makes the southern hemisphere look too small).  I seen maps (some below) that seek to correct this distortion, but I have never seen one that puts it this clearly:

Maps are tricky, because they are flat, but the Earth is a sphere, this leads to distortions when maps are drawn.

We typically think the world looks like the (Mercator projection):

However, a more accurate view is the Peters Projection: One can see why the Mercator projection would be more popular with the denizens of the Northern hemisphere than would be the Peters projection.

Here’ a cool one that superimposes one over the other: There are other attempts to project the spherical world onto a flat surface, but the contrast between these two demonstrate the basic debate.  Apart from the technical aspects, this is all pretty important from a political point of view. The Mercator projection for example, makes Europe a lot more focus than the Peters does.  Size affects perception, as does position.

After all, politics is at the hear of why the map doesn’t look like this: 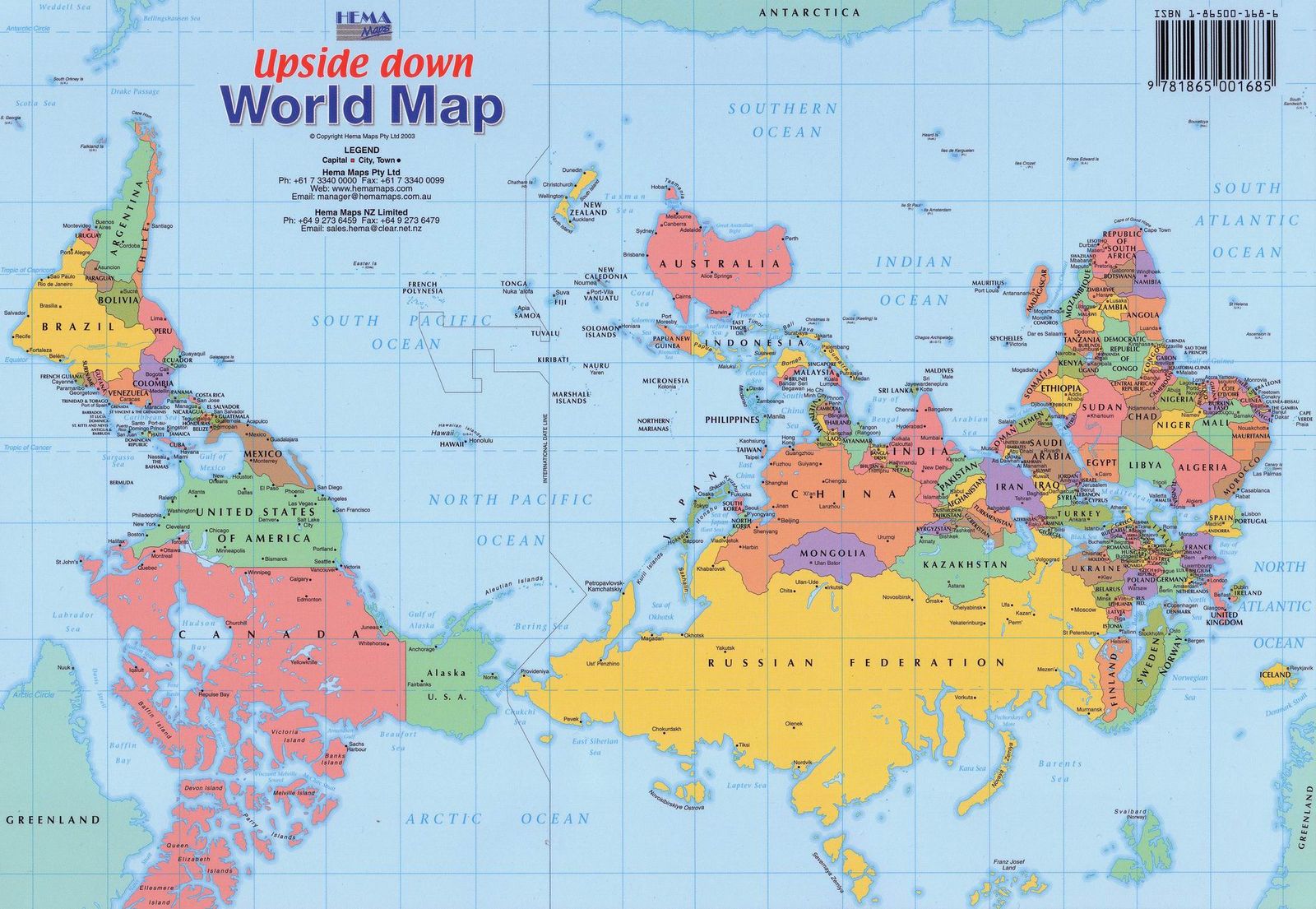 And why a post about maps?  Because maps are cool, that’s why. 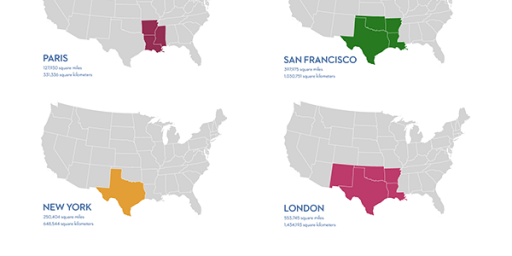