Perhaps the dumbest study ever published in the Lancet compares the negative effects of alcohol and illicit drugs without controlling for incidence. 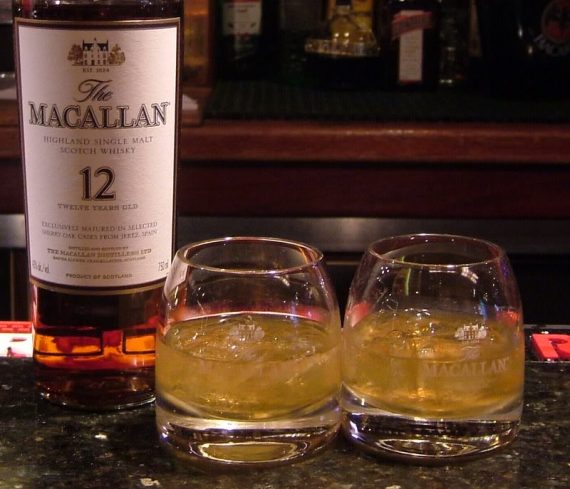 I saw the YahooNews headline “Study: Alcohol more lethal than heroin, cocaine” and was naturally intrigued. And suspicious that some serious scientific stupidity was afoot.

Alcohol is more dangerous than illegal drugs like heroin and crack cocaine, according to a new study.

British experts evaluated substances including alcohol, cocaine, heroin, ecstasy and marijuana, ranking them based on how destructive they are to the individual who takes them and to society as a whole.

Researchers analyzed how addictive a drug is and how it harms the human body, in addition to other criteria like environmental damage caused by the drug, its role in breaking up families and its economic costs, such as health care, social services, and prison.

The study was paid for by Britain’s Centre for Crime and Justice Studies and was published online Monday in the medical journal, Lancet.

Experts said alcohol scored so high because it is so widely used and has devastating consequences not only for drinkers but for those around them.
“Just think about what happens (with alcohol) at every football game,” said Wim van den Brink, a professor of psychiatry and addiction at the University of Amsterdam. He was not linked to the study and co-authored a commentary in the Lancet.

When drunk in excess, alcohol damages nearly all organ systems. It is also connected to higher death rates and is involved in a greater percentage of crime than most other drugs, including heroin.

There’s simply no question that alcohol abuse is more dangerous to society than abuse of all other recreational drugs combined.  The difference, of course, is that alcohol is legal and socially acceptable and therefore widely consumed.   Cocaine, heroine, LSD, ecstasy, and so forth, by contrast, are hardly used at all, comparatively speaking.

Naturally, I have to issue my standard caveat:  I’m relying here on media accounts (in this case, that of AP medical writer Maria Cheng, excerpted above, and similar reports by Reuters‘ Kate Kelland, and Graham Fitzgerald of Sky News) because all Lancet makes available is a summary of findings.

Then again, lead author David Nutt is quoted in some of these pieces.  And the “Methods” are rather dubious to my mind:

Members of the Independent Scientific Committee on Drugs, including two invited specialists, met in a 1-day interactive workshop to score 20 drugs on 16 criteria: nine related to the harms that a drug produces in the individual and seven to the harms to others. Drugs were scored out of 100 points, and the criteria were weighted to indicate their relative importance.

This is what we in the public policy business call BOGSAT: Bunch Of Guys Sitting Around a Table.  It’s not a study at all!

Oh, and, apparently, Nutt has something of an agenda.

The study was led by drugs expert Professor David Nutt, who has hit the headlines before for arguing that the current approach to regulating recreational drugs is fundamentally flawed.

He was sacked a year ago from his post as the Government’s top drugs adviser for criticising ministers’ decision to upgrade cannabis from class C to class B.

His comment that “you are more likely to die riding a horse than you are by taking cannabis or ecstasy” was widely reported at the time.

Since then he has formed the Independent Scientific Committee on Drugs (ISCD), and is urging ministers to do more to tackle alcohol abuse and change the way recreational drugs are regulated.

So . . . it’s not just BOGSAT:  It’s a committee of people predisposed to find something who sat around talking about the subject in question and, at the end of the day, agreed with their previous position.  Fascinating!

Now, to be clear:  I’m inclined to support legalization of marijuana, although I’ve never used it.  And I fully acknowledge that alcohol has pernicious societal effects, even though I consume it pretty much daily without any.

But, damn, I can’t believe Lancet published this.