At what point does negligence become a crime?

NPR (“Alec Baldwin will be charged with involuntary manslaughter in ‘Rust’ shooting death“):

Actor Alec Baldwin will face a criminal charge of involuntary manslaughter in the shooting death of cinematographer Halyna Hutchins on a film set, prosecutors in Santa Fe, N.M., said on Thursday.

In addition to those charges, the prosecutor said, assistant director David Halls “has signed a plea deal for the charge of negligent use of a deadly weapon.”

“If any one of these three people—Alec Baldwin, Hannah Gutierrez-Reed or David Halls—had done their job, Halyna Hutchins would be alive today,” said Andrea Reeb, the special prosecutor appointed by Carmack-Altwies. “It’s that simple.”

A review of evidence in the case “clearly shows a pattern of criminal disregard for safety” on the film’s set, Reeb added.

In October 2021, Baldwin was holding a Colt .45-caliber pistol that fired a live round, killing Hutchins. At the time, they were working on the film Rust.

Baldwin has maintained that Hutchins died in a tragic accident, saying he didn’t intentionally fire the weapon and had no idea that it held live ammunition when the film crew gathered to rehearse a scene for the film.

What are the charges against Baldwin?

At the base level, both of the charges are fourth-degree felonies, punishable by up to 18 months in jail and a $5,000 fine. But if Baldwin and/or Gutierrez-Reed are found guilty of the most serious charges that carry a firearm enhancement, they stand to face five years in prison.

Under the basic involuntary manslaughter charge, prosecutors would need to show that underlying negligence played a role in the shooting death. That charge would also “likely” merge with a misdemeanor charge of negligent use of a firearm, prosecutors said.

The other charge is involuntary manslaughter in the commission of a lawful act — which would require prosecutors to establish that factors beyond simple negligence contributed to Hutchins’ death. This version of the charge includes a firearm enhancement, meaning that if the actor or armorer are found guilty, they would face a mandatory prison term of five years.

The charges will be formally filed by the end of this month, the prosecutors said, setting the case in motion in the court system.

NYT (“Alec Baldwin Will Be Charged With Involuntary Manslaughter in ‘Rust’ Killing“) adds:

Prosecutors said they would charge Mr. Baldwin with two counts of involuntary manslaughter, saying that he had a duty to ensure the gun and the ammunition were properly checked and that he should never have pointed it at anyone. “You should not point a gun at someone that you’re not willing to shoot,” the district attorney for Santa Fe County, Mary Carmack-Altwies, said in an interview. “That goes to basic safety standards.”

In a statement on Thursday, a lawyer for Mr. Baldwin, Luke Nikas, said: “This decision distorts Halyna Hutchins’s tragic death and represents a terrible miscarriage of justice. Mr. Baldwin had no reason to believe there was a live bullet in the gun — or anywhere on the movie set. He relied on the professionals with whom he worked, who assured him the gun did not have live rounds. We will fight these charges, and we will win.”

Hannah Gutierrez-Reed, the armorer who was responsible for the weapons on set and loaded the gun that day, will also be charged with two counts of involuntary manslaughter. The film’s first assistant director, Dave Halls, who handed Mr. Baldwin the gun, agreed to plead guilty to negligent use of a deadly weapon, in exchange for a suspended sentence and six months of probation.

Even at the time of my only previous post on the matter, the morning after it happened, it was obvious that gross negligence had been piled atop gross negligence. There were multiple accidental shootings before this one and even the simplest firearms safety protocols were ignored. And the crew was sleep-deprived, to boot.

Here is the proper protocol for using a gun, any gun on set.

1. Gun is kept locked, unloaded, until it’s taken out to be used.
2. Armourer and Prop person clear the gun completely, leaving the slide open and the clip out. Or, with a revolver, the chambers empty.
3. They lay the gun out, slide open, (chambers empty in a revolver) empty clip next to it.
4. They bring the actor and First Assistant Director over, and hand the 1st AD the empty gun.
5. The 1st Asst. Director checks it, looking down the barrel to make sure there is nothing in there.
6. Armourer loads blanks into the gun.
7. Armourer hands gun to actor and says “Hot Gun”.
8. Roll camera

No one other than the Armourer, Prop Person, or 1st AD should NEVER touch or hold the gun.

During the safety meeting, Mr. Baldwin should have been reminded to shoot “off target” – never pointing the gun directly at anyone, but rather a foot left or right. (Camera can’t tell the difference).

On my last three shows involving any sort of gunfire, we used 100% fake guns that aren’t capable of firing. Muzzle flashes were added in post production with VFX. In this day and age, there is no reason to ever use blanks or live ammo while filming.

It’s a horrible tragedy, and for the 50-60 people on set who witnessed it, it will scar them forever.

I can certainly see criminal charges being filed against Gutierrez-Reed who, as armorer, was most responsible for managing firearms safety. It honestly makes no sense to me, however, to charge Baldwin.

The DA’s explanation, posted to Facebook no less, comes across as sheer grandstanding:

New Mexico First Judicial District Attorney Mary Carmack-Altwies announced on Thursday that, in keeping with her commitment to pursue justice for all victims and to hold everyone accountable under the law, her office before the end of the month will file criminal charges in the “Rust” film-set shooting.

“After a thorough review of the evidence and the laws of the state of New Mexico, I have determined that there is sufficient evidence to file criminal charges against Alec Baldwin and other members of the ‘Rust’ film crew,” Carmack-Altwies said. “On my watch, no one is above the law, and everyone deserves justice.”

“If any one of these three people—Alec Baldwin, Hannah Gutierrez-Reed or David Halls—had done their job, Halyna Hutchins would be alive today. It’s that simple,” said Andrea Reeb, the special prosecutor appointed by the DA to the case. “The evidence clearly shows a pattern of criminal disregard for safety on the ‘Rust’ film set. In New Mexico, there is no room for film sets that don’t take our state’s commitment to gun safety and public safety seriously.”

Beyond that, the DA’s charging strikes me as completely lacking a theory of the case:

The first charge can be referred to simply as involuntary manslaughter. For this charge to be proved there must be underlying negligence. Under New Mexico law, involuntary manslaughter is a fourth-degree felony and is punishable by up to 18 months in jail and a $5,000 fine. This charge also includes the misdemeanor charge of negligent use of a firearm, which would likely merge as a matter of law.

The other charge is involuntary manslaughter in the commission of a lawful act. This charge requires proof that there was more than simple negligence involved in a death. This is also a fourth-degree felony punishable by up to 18 months in jail and up to a $5000 fine. This charge includes a firearm enhancement, or added mandatory penalty, because a firearm was involved. The firearm enhancement makes the crime punishable by a mandatory five years in jail.

UPDATE (Jan. 20): Commenter @Andy points us to a posting by law professor Eugene Volokh. He takes us through the New Mexico criminal code and concludes:

Involuntary manslaughter is thus very different from the voluntary; the similarities are just that it’s a homicide but not murder. One branch of it (“manslaughter committed in the commission of an unlawful act not amounting to felony”) is the so-called “manslaughter-misdemeanor” rule, an analog to the “felony-murder” rule. The second branch involves, basically, causing death through negligence.

But not just any old negligence, of the sort that we’re familiar with from civil cases. Rather, it has to be “criminal negligence,” which is defined in New Mexico as “willful disregard of the rights or safety of others”—what some other states might call “recklessness”:

Say, then, that the prosecution can show that Baldwin pointed the gun at Hutchins and pulled the trigger, but carelessly believed (without checking this for himself) that it was unloaded.

It wouldn’t be enough to show that Baldwin was careless, negligent, or lacked due caution in the ordinary sense of the word. The prosecution would have to prove, beyond a reasonable doubt, that he was subjectively aware of the danger: that he actually thought about the possibility that the gun might be loaded, and proceeded to point it and pull the trigger despite that. That’s much harder than just to show carelessness, or even gross carelessness, though of course much depends on what evidence the prosecution has gathered.

To the extent Baldwin committed negligence here, it should almost certainly have been left to the civil courts to ascertain his liability and assign damages. 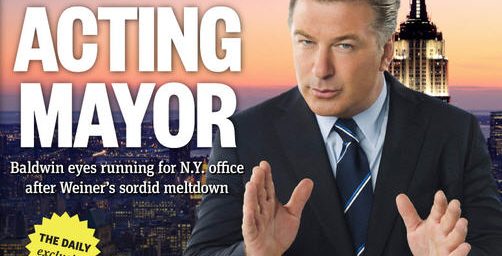