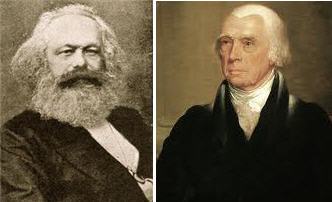 A new poll commissioned by the Bill of Rights Institute has another round of depressing results about the general level of ignorance in the American populace:

Sadly, a new national poll reveals that 42 percent of Americans wrongly attribute Marx’s famous communist slogan, “from each according to his ability, to each according to his needs,” to one of the country’s Founding documents. Nearly one in five Americans believe this phrase can be found in the Bill of Rights, of all places. You can take some solace in knowing that among young adults, only six percent made this mistake, though 30 percent of them believe Marx’s statement can be found in either the Federalist Papers, the Declaration of Independence, or the Constitution.

The lonely Tenth Amendment, meanwhile, is recognized by only 20 percent of Americans as the amendment that reserves powers to the states and the people.

I’d sigh, but that would require me to be surprised.