Beloved comedian and character actor Andy Griffith's popularity in his home state has plummeted since making commercials endorsing ObamaCare and some Democratic candidates. 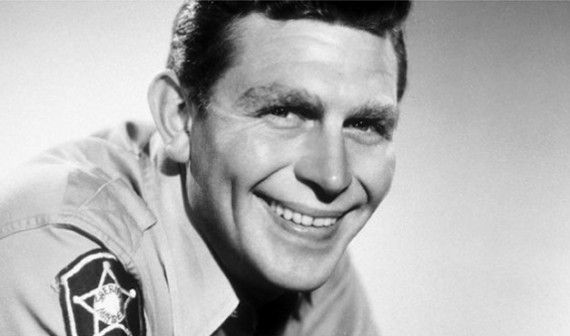 Beloved comedian and character actor Andy Griffith’s popularity in his home state has plummeted since making commercials endorsing ObamaCare and some Democratic candidates.

There’s not much doubt that it’s Griffith’s forays into politics, most recently in support of the health care bill, that are driving down his poll numbers. His 53% favorability with Democrats right now is only slightly down from 57% in the June 2008 poll. But with Republicans he’s dropped all the way from 57% to 35%. He’s only barely on positive ground with GOP voters, as 31% of them see him unfavorably.

This is another case of Shut Up And Sing!  The number of celebrities who spout of on controversial political matters thinking they’re going to change minds astounds me.  Almost without fail, all they manage to do is alienate fans.

Speaking for myself, I don’t much care what celebrities think.  Certainly, I’m not going to change my movie-going or music listening habits based on whether I agree or disagree with their politics.   But there’s a limit.     I don’t mind that Steve Earle supports lefty causes; it’s his right as an American.  But his tendency to go off on a rant during a show makes me less likely to buy another ticket.  It’s not a good idea to insult or offend the paying customers.

As for Griffith, 50 years of good faith goes a long way.  It’s not as if I’m going to turn off the “Andy Griffith Show” or “No Time For Sergeants” the next time I happen upon it because he supports ObamaCare.   But, to teach him a lesson, I’m going to stop watching episodes of the former that are in color.

UPDATE: Commenter Tano asks, “[W]here is your evidence that such endorsements don’t have any effect on average voters?”

There have been quite a few studies on the matter and they’re pretty consistent.   See, for example, this release from this past April titled “Study: Celebrity Endorsements Do Not Help Political Candidates.”  The key takeaway:

Two new studies from North Carolina State University show that young voters are not swayed by celebrity endorsements of political candidates – and sometimes voters like the candidate less as a result of receiving a celebrity’s endorsement.

There were several stories of this type back in the fall of 2007, when Oprah Winfrey tossed her considerable weight behind Barack Obama.  Forbes had a piece, backed by unclear evidence, arguing that the power of celebrity endorsers was a function of the popularity of the celebrity, the name recognition of the endorsee, and the age of the person receiving the message.    Basically, very young voters were somewhat influenced by a handful of very popular celebrities on the matter of candidates for whom they had very little previous knowledge.   And the endorsement of unpopular celebrities was somewhat harmful.