Greg Mankiw passes along this chart from the University of Michigan’s survey of consumer attitudes. The question that this chart is based on is “By about what percent do you expect your (family) income to increase during the next 12 months?” 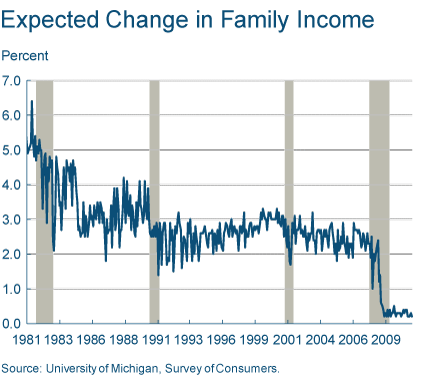 Another Top Republican Abandons The Sinking Ship Of Trump’s GOP