One survey of studies says no.

Via the BBC:  Organic food ‘not any healthier’

Eating organic food will not make you healthier, according to researchers at Stanford University, although it could cut your exposure to pesticides.

They looked at more than 200 studies of the content and associated health gains of organic and non-organic foods.

Overall, there was no discernable difference between the nutritional content, although the organic food was 30% less likely to contain pesticides.

Critics say the work is inconclusive and call for more studies.

But, then again, I always thought that one of the main reasons one might wish to eat organic foods is because of the pesticide avoidance, not because they were necessarily more nutritious. 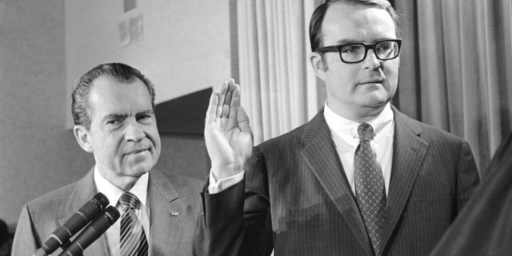 William Ruckelshaus, Who Balked At ‘Saturday Night Massacre,” Dies at 87